HomeWorldNEW PARLIAMENT BUILDING TO BE A TESTIMONIAL TO AATMANIRBHAR BHARAT: PM MODI
World

NEW PARLIAMENT BUILDING TO BE A TESTIMONIAL TO AATMANIRBHAR BHARAT: PM MODI 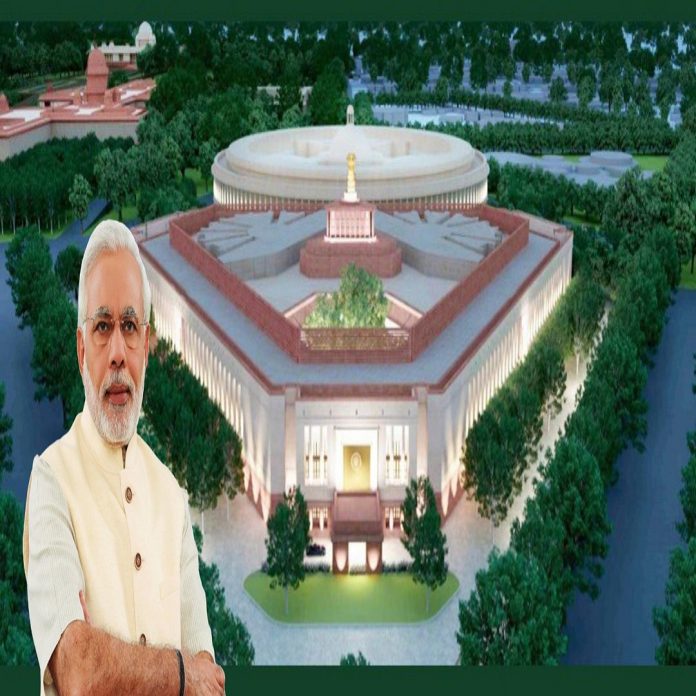 Prime Minister Narendra Modi on Thursday made a ground-breaking ceremony in the center of the national capital to mark the symbolic launch of the new parliament building as a component of an ambitious Central Vista redevelopment project.

Speaking at the event, PM Modi said, “Today is a very memorable day as the foundation of the New Parliament building has been laid.”Take it as a milestone in India’s democratic history, Narendra Modi said, “We the people of India together will develop this new building of the Parliament.”

Democracy is a religion in India and life value, a way of life, and the heart of the life of the nation for India. Democracy of India is a system developed with the wisdom of centuries,” the PM added.

This is a day of pride for over 130 crore Indians when we are seeing this memorable moment. The new Parliament building is an example of the co-existence of the new and the old. This is an attempt to make changes within oneself in accordance with the time and needs,” PM Modi said.

The Prime Minister also said that the new Parliament to be a testimonial to ‘Aatmanirbhar Bharat’. “If the current one performed India’s needs, a new one will perform its aspirations,” added PM Modi.

“If the old Parliament House gave way to post-independence India, the new building would become an eyewitness to the creation of ‘Aatmanirbhar Bharat’,” PM Narendra Modi said.

“Old Parliament building provided a new direction to India after independence. The new building will be a witness to the building of Aatmanirbhar Bhaarat. In the old building, work to fill the necessities of the nation was done. In the new building, ambitions of India of the 21st century will be realized,” said the PM.

“What can be more beautiful, divine than having a new Parliament inspire us when India celebrates 75th year of freedom. ” PM Modi said, adding that the current Parliament building is approximately 100-years-old. “It was updated many times, but now it needs rest,” added PM Modi.