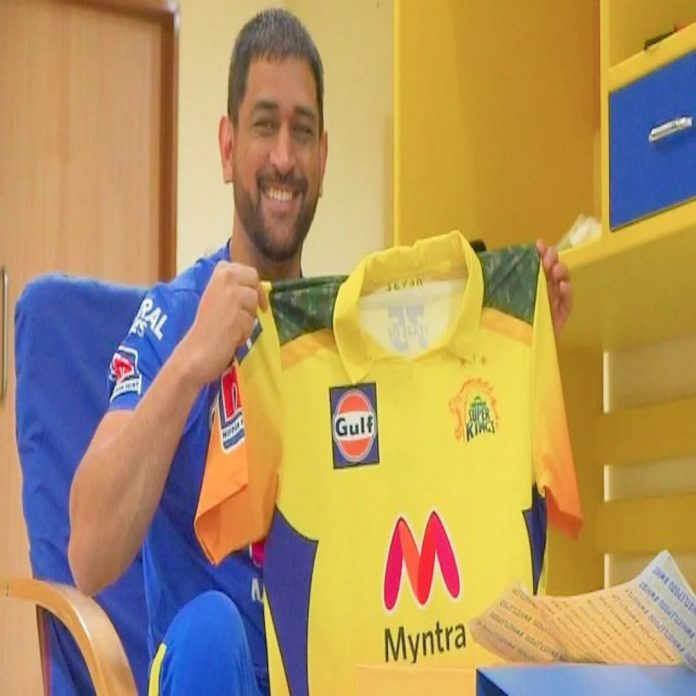 Chennai Super Kings Launches New Jersey: Along with the yellow color in the latest jersey of CSK, camouflage of the Indian Army has additionally been added. The camouflage color has got a position on the shoulder in the jersey.

Chennai Super Kings stated in a statement that the team has redesigned its jersey since the inaugural edition in 2008. CSK CEO KS Viswanathan said, “It was previously in our mind to find ways to increase awareness about the important and selfless role of the armed forces.”

ALSO CHECK: Get a tremendous discount with 1mg Coupon Code and  Myntra Coupons

The 14th season of the Vivo IPL will begin from April 9 to May 30 in six cities of the country. The first match of IPL 2021 will be played on April 9 in Chennai between defending champions Mumbai Indians and Royal Challengers Bangalore at 7.30 pm. At the same time, the final match of Vivo IPL 2021 will be played on 30 May at the Narendra Modi Stadium in Ahmedabad. On the other side, Chennai Super Kings will start their journey against Delhi Capitals on 10 April. This match between the two teams will be played in Mumbai.

Kolkata's team defeated Delhi by 3 wickets in a heart-stopping match to reach the final, where they will face 3-time champions Chennai. Both the...
Read more

IPL 2021 : There will be a skirmish between the two wicketkeeper captains on Friday in IPL 2021 as well. Mahendra Singh Dhoni-led Chennai...
Read more