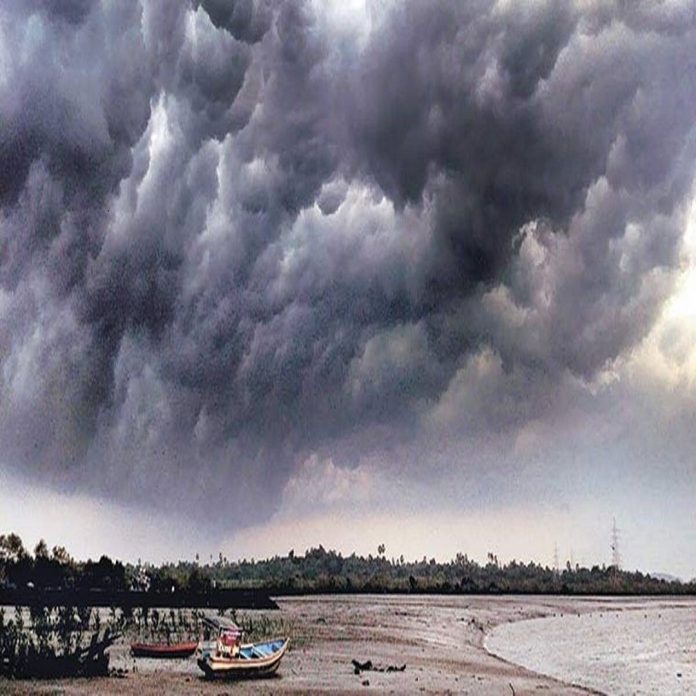 Kolkata: The country is not yet affected by the devastation of Cyclone Tauktae and another Cyclone Yaas is ready to wreak havoc. Tau Te wreaked havoc in the western region of India and now the threat of Yas is hovering in the eastern part. The cyclonic storm Yas is expected to hit the shores of Odisha and West Bengal on 26 May.

Fears of heavy rains in Bengal and Odisha

The process of becoming a low-pressure area has started in the middle eastern part of the Bay of Bengal. This will take the form of Cyclone Yaas by 24 May. The cyclone Yas is likely to move north, northwestwards, and may turn into a cyclonic storm by 24 May. In the next 24 hours, it can take the form of a strong cyclonic storm. According to the meteorological forecast, due to this, Bengal and Odisha may receive heavy rains by 26 May.

In view of the threat of Cyclone Yaas, the Indian Railways has canceled 25 trains between May 24 and May 29. A list of all the 25 canceled trains has been issued by issuing railway press releases.

PM Modi’s meeting to deal with the storm

The Indian Navy has also come up to deal with the cyclone Yaas. On the east coast, the Navy has kept four ships and aircraft as standby. Apart from this, a team of divers and a medical team have also been asked to be prepared. INS Daga in Visakhapatnam and INS Razali in Chennai are also ready to deal with any situation.

Will cross Odisha and West Bengal coasts on May 26

– High alert issued in 14 districts in

– Indian Railways canceled 25 trains due to the

– Effect can also be seen in Bihar and Jharkhand

Railway Tickets: If you too often travel by train, then this news is of your use. Sometimes passengers have to stand in long queues...
Read more

New system of Indian Railways, railway station platforms will be recognized by name not number

Indian Railways Latest News: What will happen, you reach the railway station and on which platform is your train coming there, it should not...
Read more

New rule for booking railway tickets, seat will not be available on default in the system

Railway Ticket Booking Rules: Often travelers prefer to travel by long-distance train. Some people prefer the train instead of the road to get around....
Read more

Indian Railways: Passengers prefer to travel in long-distance trains at night. But many times the Railway Board received complaints that due to sleep, the...
Read more

Indian Railways: Those going home in holidays will get a confirmed seat in the train, railways told this method, book now

Indian Railways: It becomes very difficult to get tickets on the train during the festive season. Today we will tell you about such a...
Read more