Stress in America and Israel, which crisis will now turn 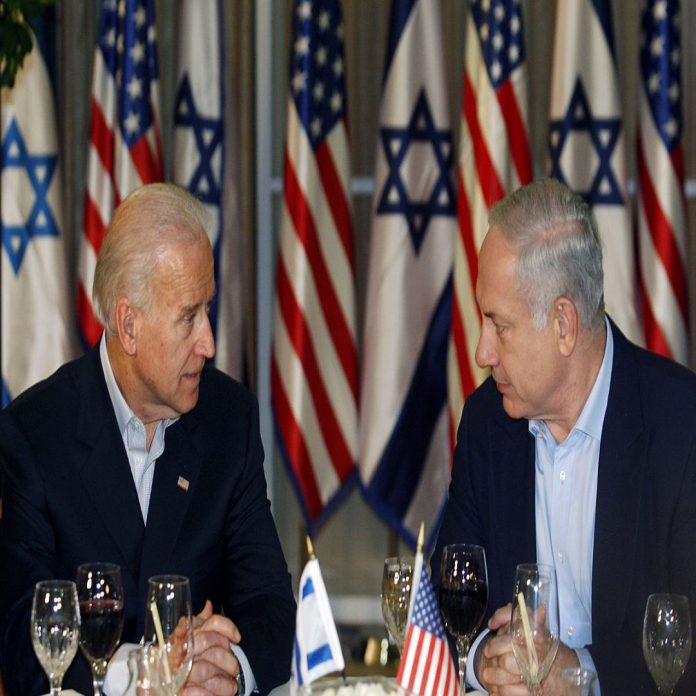 US Secretary of State Antony Blinken has assured Gaza’s help in the aftermath of the conflict between Israel and Hamas. During his visit to the Middle East, Blinken insisted on providing additional support to Palestine, re-opening the consulate in Jerusalem, and restoring relations different from the previous US administration’s stand in Israel’s favor. Israeli Prime Minister Benjamin Netanyahu looked unhappy with Blinken’s attitude. Netanyahu’s displeasure was also evident in a shared press conference with Blinken.

In fact, the deaths from the 11-day conflict between Israeli and Hamas extremists, the photos of buildings that have been turned into rubble are still fresh in the minds of both Israelis and Palestinians. In such a situation, this initiative of US Secretary of State Antony Blinken is an attempt to establish America’s neutral role.

According to the New York Times, by restoring relations with the Palestinians, the US has taken the risk of offending Israel, its most trusted ally, in the Middle East. Israeli leaders are already concerned about the Biden administration’s efforts to rejoin the nuclear deal with Iran. Israel has been opposing Iran’s nuclear program for a long time.

Blinken held several meetings in a day in Jerusalem and Ramallah. During this time, he repeatedly emphasized the tragic deaths of civilians in the conflict between Hamas and Israel. After meeting Palestinian leader Mahmoud Abbas at the President’s Office in the West Bank, Blinken said, “The aspirations of the Palestinian people are the same as others. The United States is committed to working with the Palestinian people to realize these aspirations.” ”

Blinken announced that the US State Department would reopen an American consulate in Jerusalem to handle Palestinian cases closed by the Trump administration in 2019. In addition, the US will send an additional $ 112 million to Palestine for the development of the West Bank and Gaza. He said that President Biden has provided more than $ 360 million in aid since last month, canceling the cuts made in the Trump administration. Palestinian leader Mahmoud Abbas thanked Blinken for America’s active role in pacifying recent disputes with Israel. Mahmoud Abbas said, “We hope that the future will be filled with diplomatic and political efforts.”

While pushing for peace, the Biden administration has also been vigilant about its relationship with Israel. The United States was the only country in the United Nations Security Council (UNSC) that prevented a resolution to be held for blaming Israel in a conflict with Hamas. US President Joe Biden publicly advocated Israel’s right to ‘self-defense’ in conflict with Hamas.

Hours before meeting Palestinian leader Mahmoud Abbas, Blinken met Israeli Prime Minister Benjamin Netanyahu, who thanked the Biden administration for its support in the fight against Hamas. However, Netanyahu did not miss Blinken during this time, reminding him of the previous Trump administration’s policy of supporting Israel. This includes ending the Iran nuclear deal and restoring Israel’s diplomatic relations with four Arab countries.

Recently, talks have been held between the US and Iran to restore the 2015 nuclear deal. All Israeli leaders, including Netanyahu, want the United States to strictly enforce Iran’s nuclear, missile, and military programs before signing any new agreements. A new agreement with the US will open the way for Iran to pursue the nuclear program. On the nuclear deal with Iran, Netanyahu says that Israel has the right to defend itself. While agreeing that Tehran should be prevented from making nuclear weapons, Blinken did not react to Netanyahu’s talk. Yes, it certainly indicated that the Biden administration would continue to consult with Israel on the Iran nuclear deal.

This was the first visit of the US foreign minister to the Middle East after a ceasefire between Hamas and Israel. But Netanyahu made it clear that if Hamas strikes any new attack, Israel is ready to respond with ‘very power’. The conflict between Israel and Hamas has forced at least 77,000 people to leave their homes in Gaza. During this time, thousands of people in Gaza faced a shortage of electricity and clean drinking water.

Blinken, who arrived in Israel, called for international cooperation to help Palestine. Blinken arrived in Israel as part of the initial leg of his tour of West Asia. The purpose of this visit of the US Secretary of State is to encourage the Gaza ceasefire. After meeting with Israeli Prime Minister Benjamin Netanyahu, Blinken said that the United States would work to resolve the serious humanitarian crisis that arose in the coastal region. However, he also assured that the US would not allow the Hamas rulers of Gaza to benefit from this reconstruction aid.

However, Blinken’s emphasis on helping the Palestinian people also raised the question of whether Trump or any other Republican, would win the presidency in three years, would US policy on the Middle East change again? Former US Secretary of State Mike Pompeo visited Israel as a citizen this week. He arrived in Tel Aviv to attend a retirement program organized for Yossi Cohen, director of the Israeli intelligence agency Mossad. The outspoken Pompeo, a vocalist of the Biden administration’s foreign policy, is considered a Republican candidate for the presidency in the future.

Yet the Biden administration’s efforts to rebuild Gaza and restore America’s diplomatic relations with Palestine remain in little doubt as Blinken did not comment on the burning issues between the two sides. If the Biden administration does not speak on the eviction of the Palestinians from the Al-Aqsa Mosque and Sheikh Jarrah, then violence may erupt again.

Share
Facebook
Twitter
Pinterest
WhatsApp
Linkedin
Telegram
Previous articleGood News: Revealed in the study – Corona-fighting antibodies can remain in the body for a lifetime
Next articleCoronavirus: The government included air travel service in the emergency plan

To compete with Jio’s Freedom Plan, Airtel introduced a good plan: use the Internet as much as possible every day.

For a long time, telecom firms have been in a fierce rivalry to provide their customers with the greatest deals. While Jio continues to...
Read more

The Indian government slammed Twitter, and the company’s stock dropped 25% from its 52-week high.

IRCTC will be able to book not only trains, flights but also ‘bikes’, the whole trip will be full of adventure

IRCTC has launched a special tour package of Leh-Manali, in which the entire journey will be covered by road and not by train. This...
Read more

Your money will not sink due to Cyber ​​Fraud! Home Minister Amit Shah launches helpline number and platform