The Uttar Pradesh government has decided to relax the Corona Curfew in places where there is less infection. 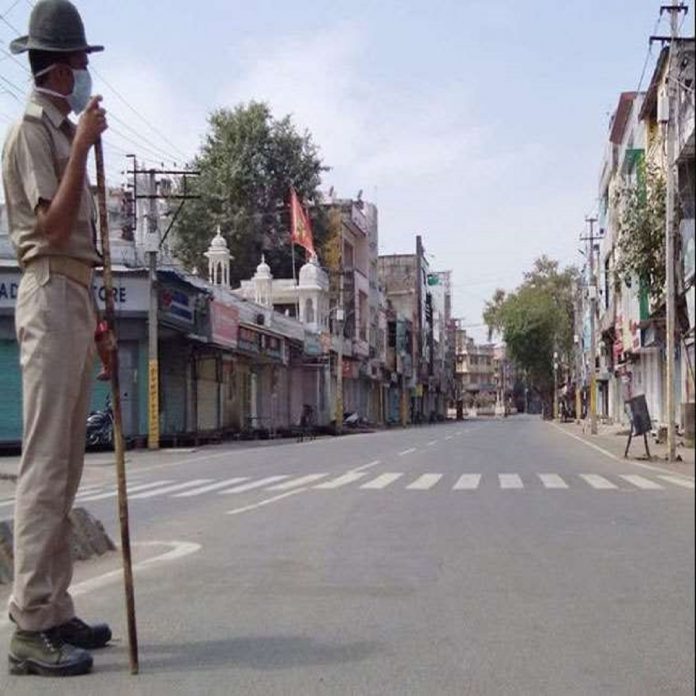 Latest Update on the Uttar Pradesh Lockdown Night Corona Curfew: Corona curfew has been reduced across Uttar Pradesh, with the exception of 20 districts. On Saturday and Sunday, the UP will be locked down for the weekend.

Except for 20 districts in Uttar Pradesh (Uttar Pradesh), the state’s curfew has been loosened. From June 1, the Corona curfew will be loosened. Between the hours of 7 p.m. and 5 a.m., a night curfew will be in effect. On Saturday and Sunday, there will be a weekly bandh in Uttar Pradesh. Private company offices will open, and all government offices will open with a 50% presence. Schools, universities, and educational institutions will be shuttered as a result of this. Right now, the restaurant will deliver to your home. On the side of the highway, malls, cinemas, and nightclubs will open, but the rest of the city will remain closed.

To prevent coronavirus, some state governments have extended the lockdown into the first and second weeks of June. Simultaneously, other states are ready to loosen Kovid prohibitions as of June 1st. The government of Uttar Pradesh has made a major decision, stating that districts with low levels of infection should be exempted. The exception is governed by guidelines provided by the Chief Secretary.

These districts will maintain their strictness.

Ghaziabad, Noida, Gorakhpur, Meerut, Lucknow, Varanasi, Saharanpur, Bareilly, Muzaffarnagar, Bulandshahr, Jhansi, Prayagraj, Jaunpur, Baghpat, Moradabad, Ghazipur, Bijnor, and Deoria are among the 20 districts where no exemption will be granted. Corona’s curfew will remain in effect for the rest of the week. In these districts, there are more than 600 cases; if there are fewer than 600 cases, the Corona curfew will be lifted. In the remaining districts, weekend curfews will be enforced.

In 55 districts, there will be a complete exemption. Except in the Containment Zone, stores will be allowed to open from 7:00 a.m. to 7:00 p.m. Saturday Afternoon Detention will be held on a weekly basis as before. Frontline government departments linked with Corona’s campaign will be fully staffed, and the rest government offices will open with a maximum of 50% attendance and only 50% personnel remaining. Masks are also required for the opening of private company offices.

Will it be open or closed?

The industrial institutions will continue to operate. The vegetable market will continue to operate as usual. All educational institutions and schools will be closed. Restaurants will be able to deliver to customers’ homes. Inside the temples, no more than 5 devotees should be present at any given moment. In the state, wheat purchasing centers and ration shops will be open. Coaching institutions, cinemas, gyms, swimming pools, clubs, and retail malls would all be closed for the duration of the strike.

The merchant group had made a demand.

Let me tell you that a merchant association in Uttar Pradesh had written to the Chief Minister, requesting that the state’s lockdown be extended from June. The chairman of the Uttar Pradesh Merchants Welfare Board, Ravi Kant Garg, made this plea to the Chief Minister, praising the state government’s efforts to avert a second wave of the Kovid-19 pandemic. According to Garg, expanding the market’s opening hours will assist traders to recover their losses to some extent. ‘There is a consensus among the officials and members of the Uttar Pradesh Merchant Welfare Board that the timings for the economic activity should be enhanced,’ Garg added.

According to Uttar Pradesh Additional Chief Secretary Health Amit Mohan Prasad, “the number of active cases has dropped down to 41,214, which is 86.75 percent less than our peak number of 3,10,783 on 30th April.” There are 1,908 positive cases today, a decrease of nearly 5% from the 38,055 cases on April 24. According to him, the recovery rate is 96.4 percent. Yesterday, a total of 140 people died. The daily positive rate was 0.6 percent yesterday. From the beginning till now, the state has had a total positivity of 3.4 percent.

CM has the highest recovery rate in the state of Uttar Pradesh.

Share
Facebook
Twitter
Pinterest
WhatsApp
Linkedin
Telegram
Previous articleA major finding of the BHU study is that for those recovering from Corona, just one dosage of vaccination is required.
Next articleBig update with IPL 2021, the match will start on this day, this date of the finals!