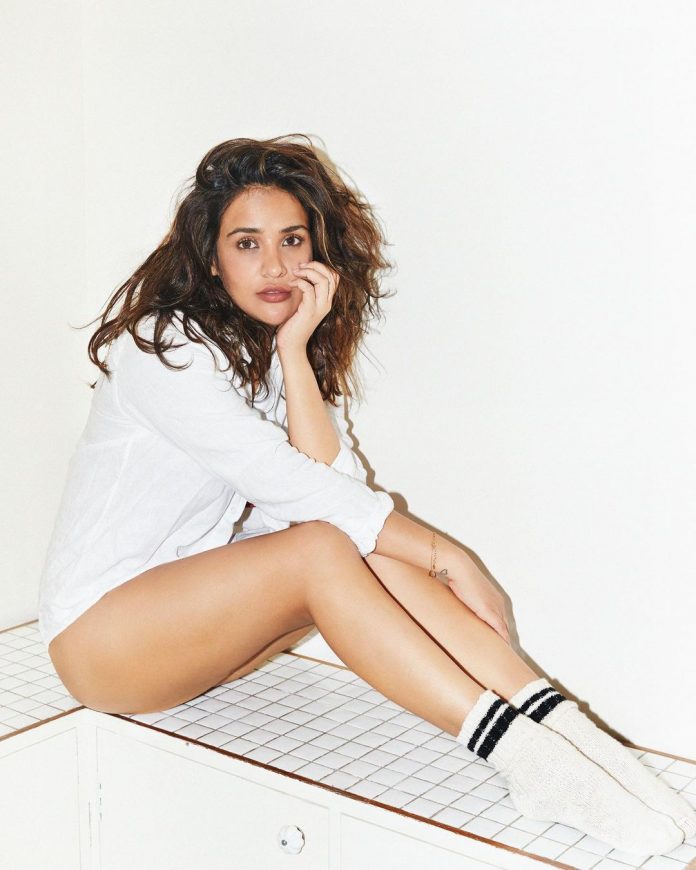 Bollywood actress Aisha Sharma recently appeared in a bold avatar. These ravishing photos of the actress have won the hearts of the people but suddenly their eyes fell on the legs of the actress and from there the debate started whether Ayesha has forgotten to wear pants?

Bollywood actress Neha Sharma’s younger sister Ayesha Sharma has rocked the internet with her recent photoshoot. Ayesha is looking very beautiful in these photos but if you look at these photos carefully then you will feel that the actress has forgotten to wear pants.

2.Beautiful legs seen in the photo

Aisha Sharma is showing off her toned legs in this latest photoshoot. This style of the actress is making her fans drunk.

Aisha Sharma has shared not one but many hot photos of this photoshoot on Instagram. In these pictures, Ayesha is seen posing in a white shirt and white shocks.

Talking about the whole look of Aisha Sharma Look in the photo, she is seen wearing nude makeup in open messy hair. After in front of these photos, people started asking her if she forgot to wear pants?

5.’I haven’t forgotten to wear pants’

Although Aisha has told in her Insta story that she has not forgotten to wear underwear. She wrote, ‘No, I didn’t forget to wear my underpants. I’m just telling. Aisha Sharma started her film career with ‘Satyamev Jayate’ opposite John Abraham.

Share
Facebook
Twitter
Pinterest
WhatsApp
Linkedin
Telegram
Previous articleSaral Pension Yojana: Not at 60, Get a pension even at the age of 40, LIC has come up with an enormous plan
Next articleIND vs SL: The matches will start from this time, there has been a change in the old times