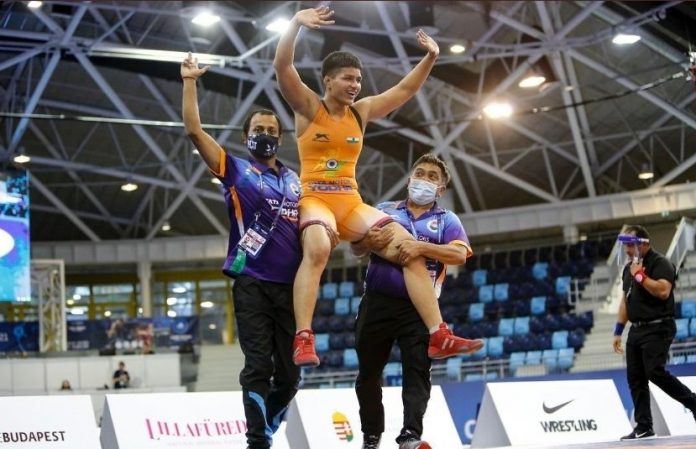 Indian wrestler Priya Malik has illuminated the name of India at the international level. She captured the gold medal in the World Wrestling Championship held in Hungary.

After Mirabai, Priya showed her strength

A day earlier, India’s other daughter Mirabai Chanu won the silver medal in the weightlifting event of the Tokyo Olympics and made every Indian proud. Now Priya Malik has shown her strength in wrestling.

Read More: Now passport will be made in the Post Office, no need to visit Passport Seva Kendra, the way is very easy

Got training from this sports school

In the success of Priya Malik, her coach Anshu Malik has played a big role. Priya won gold in the National School Games held in the year 2020. Apart from this, he also won a gold medal in the National Cadet Wrestling Competition held in Patna last year. His dream is to represent India in the Olympics one day.

Share
Facebook
Twitter
Pinterest
WhatsApp
Linkedin
Telegram
Previous articleNow passport will be made in the Post Office, no need to visit Passport Seva Kendra, the way is very easy
Next articleIncome Tax: Deadline for filing ITR extended, still there will be penalty! Know how much you will be charged