YouTube launches a new feature, users will get amazing benefits 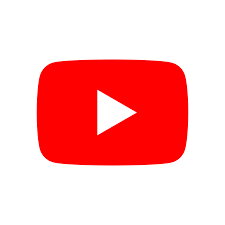 Now YouTube users will be able to translate comments between more than 100 languages. For this, users will have to go to the comments section and click on the translate option.

YouTube, the largest digital video platform, often keeps bringing some new features keeping in mind the facilities of its users. This time YouTube has taken care of the language of its users. Actually, now after the new update, YouTube users will be able to translate comments between more than 100 languages. This feature is currently rolling out to mobile users.

This feature enables users to read comments in other languages ​​by instantly translating them into the YouTube mobile app. The YouTube app now has a translate button just below each comment, which will translate the text in that comment. YouTube users can easily flip between the translated text and the original comment posted in the regional language.

Read More: Horoscope 16 September 2021: These 2 zodiac signs need to be careful on Thursday

This option will be available only on mobile

Currently, the company has tweeted to announce the rollout of the new Translate button for YouTube mobile users. The feature is live on the YouTube app for both Android and iOS, and the translate button can be seen just below the comments. For example, comments posted in a different language below a video will have an option to ‘Translate to English’ just below the text if your original language is set to English. This button sits above the like, dislike, and reply options shown in each comment box.

Can translate into more than 100 languages

The YouTube Translate button translates the comment instantly. The YouTube app supports translate to over 100 languages, including Spanish, Portuguese, Deutsch, French, Bahasa, and more. You have to click on the button every time you want to translate the comments. This option does not automatically translate a comment.

Share
Facebook
Twitter
Pinterest
WhatsApp
Linkedin
Telegram
Previous articleHoroscope 16 September 2021: These 2 zodiac signs need to be careful on Thursday
Next articleGood News! SBI made loan cheaper! Home loan, auto EMI will be reduced by 0.05 percent in the base rate