Sonamarg: Tourists can enjoy this heaven-like place in Kashmir for the first time, know full details 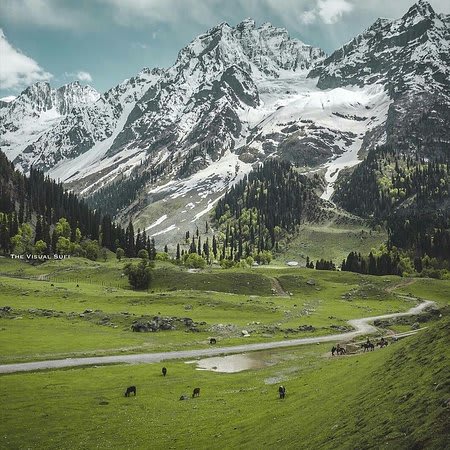 Sonamarg: Sonamarg of Kashmir will be open for travel in winter for the first time. This is a favorite tourist spot of tourists and hence it is no less than good news for the people visiting Jammu and Kashmir.

Srinagar: There is good news for the tourists visiting Jammu and Kashmir. Sonamarg, the most favorite tourist spot here, can be opened in winter this time. The work of construction of Zojila project and Z-Mod is going on here, which will benefit the tourists.

Jammu and Kashmir administration will decide the timing

National Highway and Infrastructure Development Corporation Limited’s executive director GS Kambo told the media that there are many stretches from Srinagar to Sonamarg, where there is a risk of snowstorms and avalanches, so the roads are closed for almost half a year. Now, these roads are going to be opened and things like exit timing and duration will be decided by the Jammu and Kashmir administration.

Union Road Transport Minister Nitin Gadkari took stock of the construction of the Z-More tunnel in Sonmarg and said that we are building at least a 52 km tunnel in the entire Himalayan Valley. At least Rs 1.5 lakh crore will be spent on this. This will change the life of Kashmir.

The Z-Mod tunnel is 6.5 km long, which will connect Sonamarg with 5 km of road. It is a two-way tunnel as well as an incident-proof tunnel. The first part of this is for the development of an 18.5 km highway while the second part is of a tunnel. Its length is 14.5 km. The first part is an extension of 3.018 km highway from Z Mor to Zojila Tunnel.

Read More: 7th Pay Commission: Government changed the rules of pension! Now you will get a 1.25 lakh monthly pension; Know the new rule

Tourists will be able to come to Sonmarg Valley

Tourists could go to Gulmarg during the winter season, but the road to Sonmarg was closed. Not only this, the local people of Sonmarg valley used to migrate towards the lower area of ​​Srinagar. Hotels, restaurants, horse riding, and trekking all these things also used to come to a standstill, but now after the completion of the Z-Morh Tunnel, it is expected that tourists will be able to come to Sonmarg Valley.

6.5 km long tunneling has been done to connect Srinagar with Sonmarg valley. The route from Gagangir to Sonmarg valley is prone to avalanches and snowstorms during winters. During this 7-8 meters of snow freezes.

It was named Z Morh Tunnel because the shape of its tunneling is Z-shaped. Now the finishing work of the tunnel is going on. The lighting inside the tunnel will be done in such a way that the movement of vehicles is not affected.

No risk of traffic disruption

There will no longer be a risk of traffic being affected due to avalanches here. Work on this project was going on since 2012. The Union Ministry of Road Transport and Highways decided in the year 2018 that this project has to be completed in the coming three to four years. The completion time of the project is December 2023.