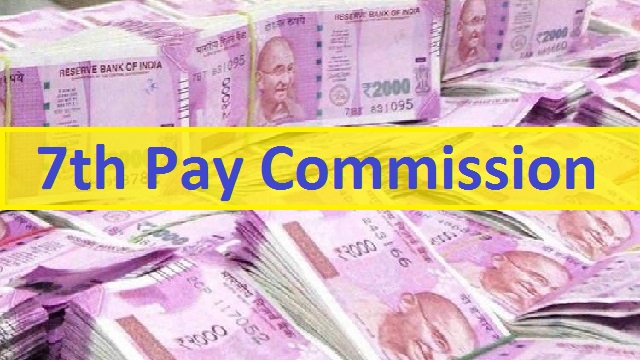 7th Pay Commission Latest News: Central employees are going to get much good news in the new year. At the beginning of the year 2023 itself, the government can give its consent on many major decisions. The employees will get the benefit of increased DA at the beginning of the new year. Apart from this, the government can give a verdict on 3 major issues related to the employees.

The connection of all these decisions is with salary.

The government may take a decision on the long-standing fitment factor in the year 2023. Experts say that before the 2024 Lok Sabha elections, the government can gift the fitment factor to the central government employees. Decisions can also be made regarding the old pension plan and the dearness allowance.

The decision will be taken on the fitment factor.

In the new year, the government can give the biggest gift ever to the central government employees. First dearness allowance, HRA, TA, and fitment factor after promotion can also be discussed next year. If sources are to be believed, the administration would immediately consider raising the employees’ salaries by Rs 8,000. In actuality, strengthening the fitting factor will broaden the pool of government workers. According to the 7th Pay Commission, the current minimum salary for employees is Rs 18,000. Following the presentation of the budget on February 1, 2023, the following year, the government can decide whether to grant this request to central personnel.

The dearness allowance of central employees is reviewed every 6 months. The dearness allowance is increased twice a year on the basis of AICPI data. This growth takes place in January and July. The dearness allowance for central staff will grow in 2023 just like it does every year. Dearness Allowance for January 2023 will be declared before March. Looking at the inflation figures so far, it seems that there may be a 4 percent increase in DA next year as well. The AICPI index numbers for October, November, and December have not yet been released, though.

Will get the benefit of the old pension scheme!

The government can give the central personnel a sizable present of their old pension next year. In 2023, the previous pension plan may be put into effect. Actually, there was a demand from the employees for a long time that the old pension should be implemented. Let us tell you that some states have also implemented old pensions keeping the election promises. The Punjab cabinet has also approved it. In fact, for this, the Central Government had sought an opinion from the Law Ministry regarding the old pension scheme. If sources are to be believed, the Modi government can implement it for central employees before the year 2024 under the 7th Pay Commission.

Share
Facebook
Twitter
Pinterest
WhatsApp
Linkedin
Telegram
Previous articlePAN-Aadhaar Link: The government has issued a new order for all the users of Aadhaar,
Next articleThe premium of government schemes is expensive! Know how much money will have to be paid now?

7th Pay Commission: There is big news for central government employees. The government has made major changes in the rules related to retirement funds....
Read more