Fans will be surprised to see the new model of Maruti Swift, will give mileage of 40Kmpl 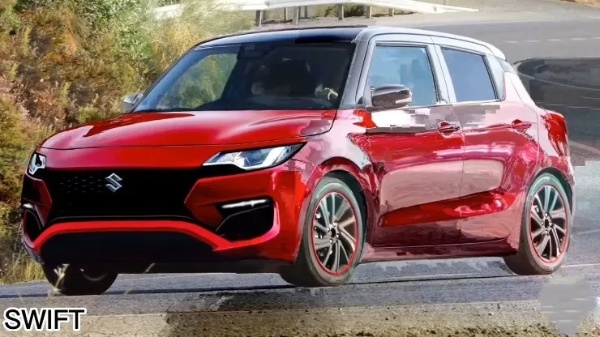 Maruti Swift 2023:  Maruti Suzuki has upgraded its Baleno hatchback to Brezza SUV in the year 2022. However, customers looking for affordable cars are eagerly waiting for the new model of Maruti Suzuki Swift. This car is currently in the testing phase and can be launched in 2023. Details ranging from the engine of the new Swift to its design have been revealed. It is being claimed that the new Swift will be introduced with strong hybrid technology.

Design of Maruti Swift 2023 The

The new Swift will look sportier than the current generation. At the front, the hatchback will feature a redesigned grille and sleek headlamps with new LED elements. Apart from this, an updated front bumper, blacked-out pillar, fox air vents on the wheel arch, and roof-mounted spoiler will be given.

Reports: Toyota’s powerful hybrid technology will be used in the new Swift. It will be powered by a 1.2-liter, 3-cylinder petrol engine. It could be the most fuel-efficient car in the country. With hybrid technology, the Swift hatchback can return a mileage of around 35-40 kmpl (ARAI certified).

Apart from the looks and feature upgrades, the new Swift with the hybrid system will also be slightly pricier in terms of price. There can be a difference of around Rs 1.50 lakh to Rs 2 lakh in the price of its hybrid and non-hybrid versions. The new Swift could be launched in late 2023 or early 2024.

Read More: This is the on-road price of the base model of the Maruti Baleno, this will be the EMI if bought on a loan

Tata and Maruti won the game by playing behind Mahindra’s back!

After almost three years, the Auto Expo is being planned. The Auto Expo 2023 will feature a large number of automakers, however Mahindra is...
Read more

Maruti Black Edition Cars: Maruti is celebrating its 40th anniversary. On this occasion, the company has launched Black Edition of all five cars sold...
Read more

Next-Gen Maruti Suzuki Swift Testing: One of the best-selling cars from automaker Maruti Suzuki is the Swift, which is being updated. The new generation...
Read more

This new car of Maruti is coming, it will travel 1 KM in just 1.5 rupees

Maruti Suzuki Dzire CNG Booking: Amidst the skyrocketing prices of petrol and diesel, big automobile companies are launching CNG cars. These include the popular...
Read more