Tata Tiago EV Review: this is a big bang in a small packet 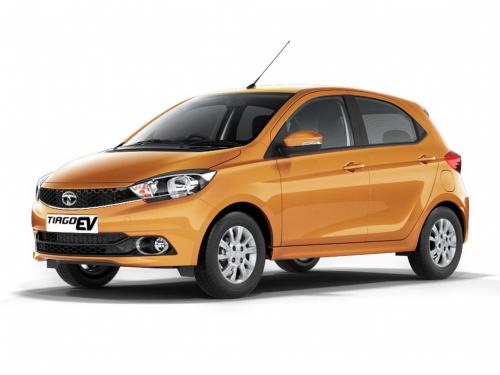 Tata Tiago EV Full Review: Tata Motors continues to dominate the electric car segment. Recently Tata Motors has launched a new electric car – Tata Tiago TV. Petrol and CNG versions of Tata Tiago were already present in the market. This vehicle has been electrified and brought as an electric car. Its introductory prices (ranging from Rs 8.49 lakh to Rs 10.79 lakh) have attracted a lot of people and the company has received more than 20,000 bookings. But, if you still have doubts about whether it is worth buying an EV or not, it is time to dispel it. We bring you the review of the Tata Tiago EV.

There is a choice of two battery packs – 19.2 kWh and 24 kWh, which come with an IP67 rating. The entry-level variant offers a range of 250 km along with 60bhp and 110Nm power output. It can accelerate from 0 to 60 kmph in 6.2 seconds. Whereas the power output of the variant with the bigger battery pack is 74bhp and 114Nm, it can give a range of 315 km. The car can achieve 0-60 kmph in 5.7 seconds. That is, the car is quite fast according to the need. But, the range that the company is claiming will be less than that in the real world.

In terms of design, it looks almost identical to the regular Tiago. Only a few places get a blue color insert, which tells that it is an EV. Apart from this, there are some changes in terms of aerodynamics as well. The car gets 45 features via the ZConnect app, making it the first car in its segment to offer connected tech. Customers can also switch on and off the car’s AC from the ZConnect app. Not just this, the app also provides information on the car’s battery, performance, range, and nearby charging stations.

The Tiago EV comes with auto temperature control as standard. Along with this, features like cruise control, cooled glove box, rear wiper with demister, rain-sensing wiper, auto headlights, and steering mounted controls are available. It also gets a 7-inch infotainment display, which supports Android Auto and Apple Carplay. It has an 8-speaker Harmon music system.

How is the Tiago EV to drive?

The smaller battery pack variant gets lower power figures while the bigger – 24kWh variant gets higher power figures. Which is why the bigger battery pack variant feels better to drive as well. While the lack of torque is not felt much during driving, the lack of power can be felt in city mode. If the car is kept in sport mode, the response of the pedal becomes better and the car also feels more torque.

It comes with two drive modes, City and Sport. However, the range gets reduced in Sport mode. Even in city mode, you shouldn’t have any problem in overtaking on the highway, etc. as the power output figures might be lower but being an EV, the motor’s response is good. However, many may find the car suitable for city use only.

The Tiago EV comes with three-level regenerative braking. The first level is the mildest, and hardly offers much stopping power but the second mode is fine for daily city driving and does enough braking automatically when needed. The third level is the most effective. If you set the car to single-pedal drive and set regenerative braking to level three, the car automatically applies the brakes and comes to a stop when you take your foot off the pedal.

However, we noticed that the car does not come to a complete stop when it should have come to a complete stop in single-pedal mode. The overall ride and handling quality of the Tiago EV is good. Small potholes on the roads are not known at all. You do not feel uncomfortable while taking turns as the car stays glued to the road very well. The steering wheel is also light, which gets a bit heavy at higher speeds, which is a good thing.

You may face some difficulty in going up from the car. If you are going uphill and have to stop in the middle of the way, then when you take your foot off the brake again and start moving forward, the car will move slightly backward, after that when you accelerate, the car will move forward. This is because the Hill Holt feature is not available in it. There is also no way to avoid this because if you want to slowly take your foot off the brake and continue to accelerate, it cannot be done.

Should I buy Tata Tiago EV or not?

If you are looking to buy the Tata Tiago EV with the intention of using it in the city, you can definitely consider it, but if you expect some adventurous drives from it, it might not live up to your expectations. Get off, However, in the price range in which it has been brought, you do not have the option of any other electric car, which is a matter of its favor.