Loans of more than 25,000 crores approved in this standup India scheme of Modi government, you can also take benefits 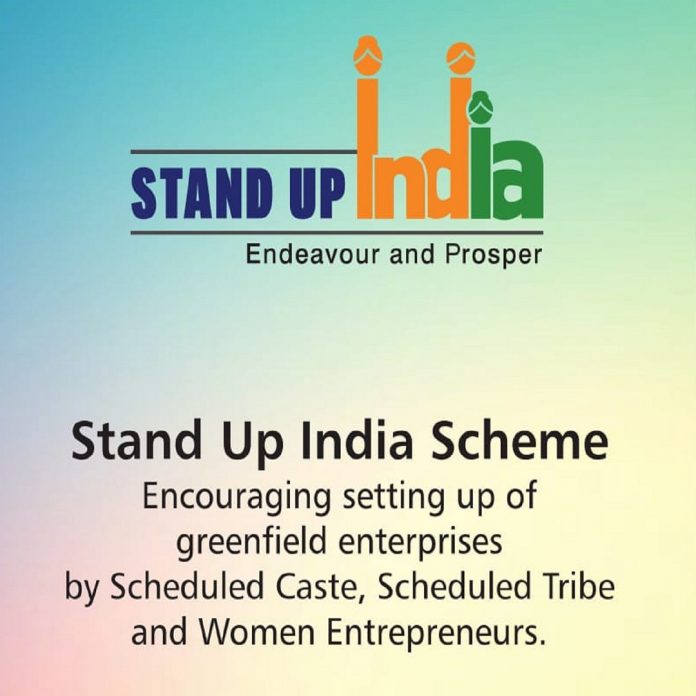 Loans to the tune of more than 25 thousand crores have been sanctioned under the standup India scheme, which was launched by the government to encourage Scheduled Castes, Scheduled Tribes and women entrepreneurs.

A plan of the Modi government to establish the backward sections of the society in the business world seems to be successful. Loans to the tune of more than 25 thousand crores have been sanctioned under the standup India scheme, which was launched by the government to encourage Scheduled Castes, Scheduled Tribes and women entrepreneurs.

The number of beneficiaries under this scheme has increased to more than one lakh. Now, this scheme has also been extended till the year 2025. It is worth noting that according to the Reserve Bank data, by December 2020, the total loan given by banks to micro and small enterprises (MSME)has increased by 6.6 percent to Rs 11.31 lakh. It was 10.61 lakh crore rupees a year ago. The MSME sector accounts for about 18 percent of the total debt.

According to information provided by the Union Finance Ministry, banks have sanctioned Rs 25,586 crore to 1,14,322 beneficiaries under the Standup India scheme. The Stand-up India scheme was launched on April 5, 2016 to encourage Scheduled Castes, Tribes and women entrepreneurs. The objective of this scheme is to promote entrepreneurship at the grassroots level with a special focus on economic empowerment and employment generation.

Scheme to be extended till 2025

The Finance Ministry said in a statement that the scheme has been extended till 2025. Under this, loans ranging from Rs 10 lakh to Rs 1 crore can be provided to the eligible beneficiaries. The statement said that under this scheme, loans can be obtained directly from the bank, from the Stand-up India portal, or through the Lead District Manager (LDM).

What is the Standup India Scheme

Under this scheme, launched in the year 2016 by the Narendra Modi government of the Center, loans of Rs 10 lakh to Rs 1 crore are given to businessmen belonging to Scheduled Castes, Scheduled Tribes, Backward Classes, and women. This loan scheme, launched with the objective of providing financial assistance to the entrepreneurs of the lower classes of the country, is known as the Stand-up India scheme. Under this, the beneficiary is given a loan at concessional rates to set up the business.

During the starting of the business, there is an exemption in income tax for the first 3 years. After this, it attracts an interest rate of 3 percent with the base rate, which cannot exceed the tenor premium. There is a time of 7 years to repay this loan, however, the time of moratorium is 18 months.