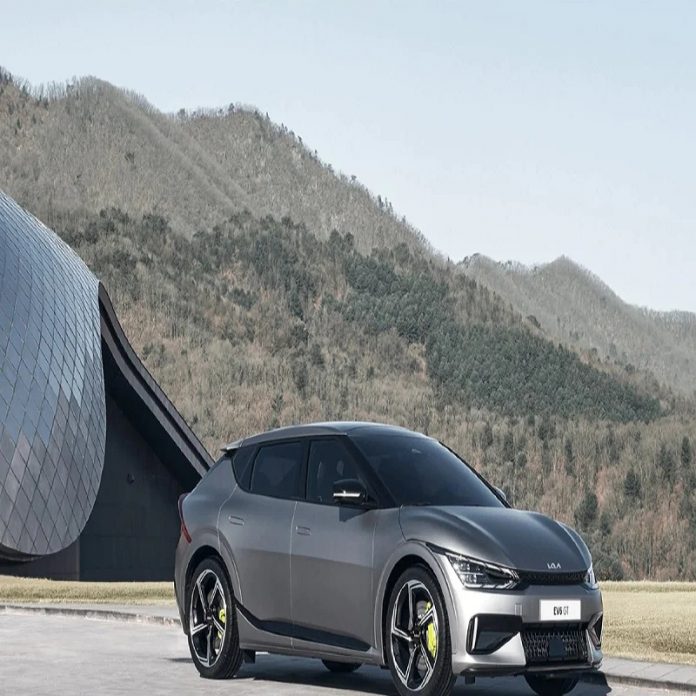 The rising price of petrol and diesel has bothered the people. South Korea’s second-largest carmaker Kia has launched the fully electric sedan car Kia EV6 in the market on Monday. The sedan is the company’s first model to be embedded with Hyundai Motor Group’s EV-only electric-Global Modular Platform (E-GMP). Let us know the price and features of this four.

It will start using alphanumeric names like its bigger rivals like BMW, whose model name is series numbers 1-8. The price of the EV6 in South Korea ranges from 47 million Won to 57 million Won ($40,800 to $49,500). With government subsidy, it can be bought for less than 40 million won.

Read More: Income Tax Return: Salaried People Can Save Up To Rs.8 Lakh In Taxes! Here are ten ideas

The company has introduced the all-electric Kia EV6 with two types of battery packs. It is powered by a standard 58 kWh (kWh) battery pack and a long-range 77.4-KWh One battery. The 58-kWh and 77.4-kWh models can travel up to 370 km and 475 km respectively on a single charge.

In this sedan car, the speed of zero to 60 miles (about 97 km) will be available in 5.2 seconds. Along with this, it can get a range of 210 miles (338 km) by charging for just 18 minutes. Its battery will get a 10-year warranty and its performance will be much better.

5.Hyundai to unveil IONIQ 6 next year

It is worth noting that in April, Kia’s major partner Hyundai Motor Company introduced the all-electric model of the IONIQ 5 equipped with the E-GMP platform. Along with this, Hyundai plans to introduce IONIQ 6 next year and IONIQ 7 large SUV in 2024.

Share
Facebook
Twitter
Pinterest
WhatsApp
Linkedin
Telegram
Previous articleBollywood actresses are Nothing in front of Nepali beauty Aditi Budhathoki
Next articleIn August 2021, Mercury and the Sun will shine in the career of these Zodiac Signs, and Budhaditya Yoga will be formed