Banks will be punished if cash runs out in ATM, RBI announced, fine up to Rs 10,000 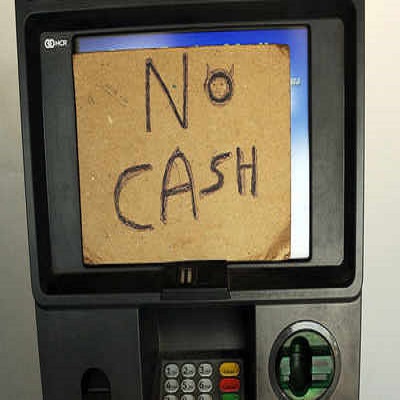 RBI On ATM Cash:  Next time you go to withdraw cash from ATM and find NO CASH written in it, then understand that now that bank is not well. In fact, the Reserve Bank of India has asked banks and white label ATM operators to put in place a robust system that helps in monitoring the availability of cash in ATMs and timely replenishment to avoid the situation of running out of cash.

RBI issued an order for banks

Not only this, but the Reserve Bank has also made a provision for imposing a penalty for the banks to strictly follow this instruction. RBI has introduced the ‘Scheme of Penalty for Non-Replenishment of ATMs’. Which will come into effect from October 1, 2021. According to this rule, any bank and white ATM operator who remains in the state of ‘cash out’ for more than a stipulated time will be punished.

Read More: Horoscope, 11 August 2021: These 5 zodiac signs will make a difference on Wednesday, know the condition of your zodiac

According to the instructions of the Reserve Bank, ‘It will impose a penalty on the banks concerned if there is no cash in the ATM for more than 10 hours in any one month’. This arrangement will come into effect from October 1, 2021. RBI said in the instructions issued that the purpose of the system of imposing penalty for not putting cash in ATMs is to ensure that sufficient funds are available in ATMs for the convenience of the people. RBI said that if there is no cash in the ATM for a specified time, then a fine of Rs 10,000 will be imposed on the banks per ATM.

Banks will have to submit the statement

The Reserve Bank said that banks will have to submit the system-generated statement on the downtime of ATMs due to the non-availability of cash to the ‘Issue Department’ of the RBI under whose jurisdiction the ATMs are located. For white-label ATM operators, who depend on banks to meet their cash requirements, banks will have to provide a separate statement on cash-out from such ATMs due to the non-availability of cash. The Reserve Bank said that such statements will be made for every month within five days of the following month, i.e. the first such statement for the month of October 2021 will be presented to the concerned department on or before November 05, 2021.

Share
Facebook
Twitter
Pinterest
WhatsApp
Linkedin
Telegram
Previous articleHoroscope, 11 August 2021: These 5 zodiac signs will make a difference on Wednesday, know the condition of your zodiac
Next articleAfter Banarasi saree, now Mouni Roy flaunts her toned body in a bikini, you will take heart after seeing these pictures

Bank Strike: Deal with the work related to the bank today, after that strike across the country, ATM services will also be affected

Bank Strike on 19th November: If you have to do any work related to the bank, settle it from time to time. On November...
Read more

If you use an ATM card, you will receive 5 lakh rupees for free. How does this work?

Processing an ATM insurance claim: A person who has used an ATM card from any government or private bank for at least 45 days...
Read more

ATM Cash Withdrawal Limit: Now withdrawing money from ATM is expensive, big banks have increased the charge, this is the new rule

ATM Withdrawal Limit Per Day: All major government and private banks across the country have made changes regarding ATM Cash Withdrawal. You will now...
Read more