Axis Bank was fined Rs. 25 lakh by the RBI for violating KYC norms 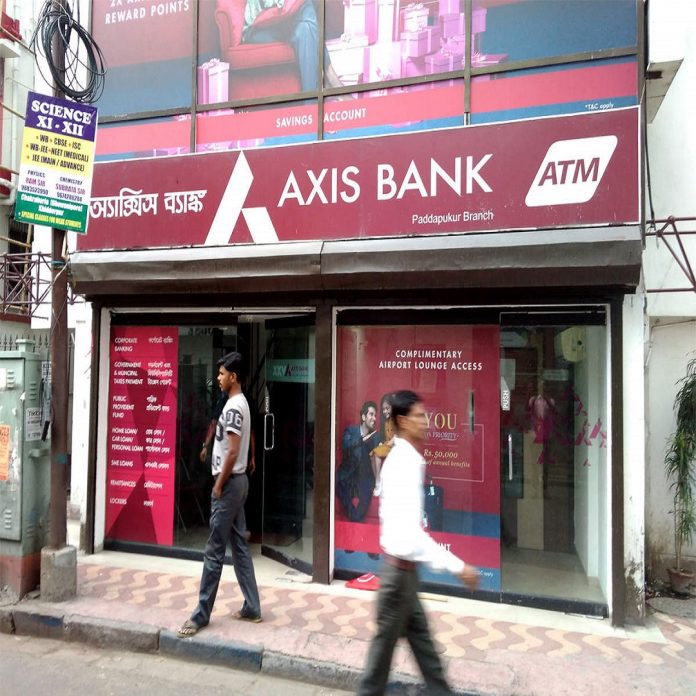 Axis Bank Penalty: The Reserve Bank of India (RBI) has fined the bank Rs 25 lakh. The Reserve Bank stated that Axis Bank had broken the rules of the Know Your Customer (KYC) Directions, 2016 and that this penalty had been issued as a result.

As a result of this, Axis Bank was fined.

The Reserve Bank stated that an Axis Bank customer’s account was validated in February and March 2020. During the examination, it was discovered that Axis Bank had failed to follow the provisions of the Reserve Bank’s KYC directives from 2016. This means that Axis Bank was unable to conduct due diligence on its customer accounts and was unaware of the customers’ business and risk profiles.

Read More: Customers of SBI should be aware of certain important information. Check whether or not Aadhar and PAN should be linked by September 30th

What impact will this have on Axis Bank?

Following the investigation, the RBI issued a warning to the bank. It was determined to apply the fine after reviewing the response to the notice and the oral explanation. The question now is what impact this consequence will have on Axis Bank’s ability to operate. The RBI stated that the penalty was levied due to non-compliance with the regulator’s guidelines. This will have no impact on the bank’s transactions.

Axis Bank had already been punished.

Let us remind you that Axis Bank was fined Rs 5 crore by the RBI earlier this month. Axis Bank was sanctioned by the central bank for failing to follow specific instructions. The Reserve Bank of India has accused Axis Bank of violating its rules, which include “strengthening control of the payment method between sponsor banks and SCBs/UCBs as corporate clients,” “cyber security framework in banks,” and “Reserve Bank of India.” (Financial Services to be provided by Banks) Directions were released in 2016.

Share
Facebook
Twitter
Pinterest
WhatsApp
Linkedin
Telegram
Previous articleCustomers of SBI should be aware of certain important information. Check whether or not Aadhar and PAN should be linked by September 30th
Next articleSiddharth Shukla passes away, dies of heart attack

Government will now sell 1.55% stake in this bank, will earn 4 thousand crores!

RBI Repo Rate: To combat the nation's rising inflation, the Reserve Bank is steadily raising the repo rate. In May, June, and August, the...
Read more

Changes Effective June 1: These ten major rules affecting you have changed as of today, with an immediate impact on your wallet.

June has begun after May has ended. This June marks the beginning of many significant changes. These changes will have an impact on your...
Read more

Bank EMI Increase: These banks’ EMIs are set to rise; which bank have you taken a loan from?

The MCLR has recently been boosted by many of the country's major banks. If you have a home loan, vehicle loan, or personal loan,...
Read more

The Payment Procedure for Cheque has Changed! If you don’t, your Cheque will be returned.

The Cheque Clearance (Positive Pay Confirmation) rule at Bank of Baroda has changed. Hundreds of thousands of Bank of Baroda clients have received this...
Read more