HomeNewsToyota gave a shock to the customers, discontinued the popular sedan car
News

Toyota gave a shock to the customers, discontinued the popular sedan car 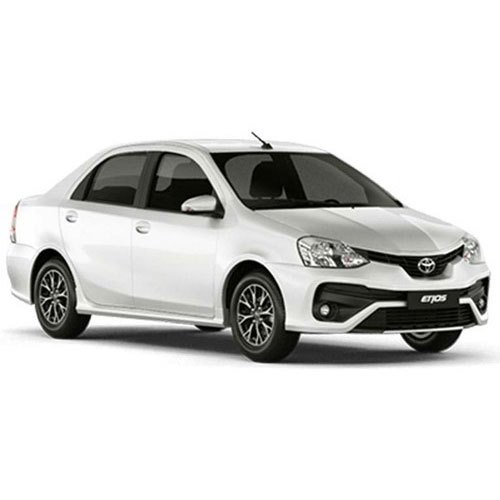 Toyota Kirloskar Motor Monday decided to discontinue its popular sedan model Toyota Yaris in India. The company launched this car in India in 2018. Through this, Toyota was trying to make a mark in the mid-size premium segment. The Toyota Yaris competed directly with sedans like Honda City, Maruti Suzuki Ciaz, and Hyundai Verna. The decision of the company has come into effect from 27 September 2021.

What is the impact of the decision on the customers?

The company said, “This step has been taken in line with Toyota’s product strategy. We will continue to serve our customers across other products and prepare to launch new models of Toyota in the coming new year 2022.” Toyota said the company will meet the needs of all Yaris customers through dealer service outlets across the country, while also providing car spare parts for the next 10 years.

Read More: Buy 2 Activa electric scooters for the price of one, with a range of up to 120 kilometers on a single charge

According to the upcoming new sedan reports, the company is going to bring a new sedan based on Ciaz, in partnership with Maruti Suzuki. Like the Baleno and Vitara Brezza, the Ciaz will be sported with a Toyota badge and maybe named Toyota Belta. It will have the same 1.5L petrol engine as the Ciaz, which will give a power output of 103bhp and a peak torque of 138Nm. The engine is likely to come with a 5-speed manual transmission and a 4-speed AT option.

Apart from features like auto-dimming IRVM, LED projector headlamps, touchscreen infotainment system, front fog lamps, the Toyota Belta may offer a better warranty package than Maruti Suzuki. The starting price of Toyota Belta could be around Rs 9.25 Lakh (Ex-showroom). Toyota is also testing its Yaris-based hatchback in India, which could be launched sometime next year.

Share
Facebook
Twitter
Pinterest
WhatsApp
Linkedin
Previous articleAmazon’s sale includes five of the finest laptop deals, ideal for online classes and working from home
Next articleHoroscope 06 October 2021: People of these 3 zodiac signs should be alert on Wednesday, these big changes are going to happen in life