Big News! Maruti Suzuki electric car is going to launch in India, know when you can buy it 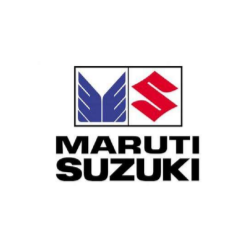 Let me tell you that now the answer to this question has been found. In fact, according to the company, work has been started on electric vehicles, which can be launched by 2025 or even before. However, the company said no exact date of the launch but did say that the launch date of the parent company Suzuki ( Suzuki holds). Along with this, Maruti Suzuki also told that they are also working on future flex-fuel vehicles with CNG. Significantly, at present, the largest electric car company in the country is Tata Motors. Tata Motors ( Tata Motors ) has sold more electric vehicles than 1 thousand last September.

Read More: SBI has issued a warning to 44 million consumers! Know how to spot bogus emails sent in the name of a bank

‘No demand for electric in the market’

RC Bhargava, Chairman, Maruti Suzuki India said, “The 1000 vehicles figure is very good, but we did not feel that enthusiastic. We will not be happy if we sell 1000 vehicles a month, we have to go even further. There should be a better demand for electric vehicles in the market.

Let us tell you that Maruti Suzuki has already stopped making diesel engine cars. The company will soon bring CNG products with flex-fuel vehicles (for the future Flexible-fuel vehicles are also working on the development of). It is worth noting that Union Minister Nitin Gadkari had recently said that the government will make flex-fuel engines mandatory for all types of vehicles in 6 months.

Company’s emphasis is still on CNG

Maruti Suzuki believes that the demand for CNG in the country is increasing continuously. Focusing on CNG cars, Bhargava said, the government has clarified its policy to encourage CNG vehicles for personal transport. The demand for CNG is also increasing at this time and a large part of the waiting list in the portfolio of Maruti Suzuki India Limited ( MSIL ) is for CNG cars. Currently, the company is offering the option of factory-fitted CNG in models like Maruti Suzuki Alto to WagonR, Celerio, and Ertiga.

Share
Facebook
Twitter
Pinterest
WhatsApp
Linkedin
Telegram
Previous articleSBI has issued a warning to 44 million consumers! Know how to spot bogus emails sent in the name of a bank?
Next articleHere are some glamours Photos of the new ‘Babli’ of ‘Bunty’, Know who is she

Upcoming Electric Cars Under 15 Lakh: Electric cars are still costlier than petrol-diesel cars. However, 2022 has turned out to be a good year...
Read more

Before the start of 2023, BYD launched a new e-car, blasting the electric car market. The company has introduced this new electric car in...
Read more

Due to rising prices of conventional fuels, electric cars have been widely adopted by Indian car buyers. So let's see which new electric cars...
Read more

Get ready for the cheap Tata Nano Electric car, pictures surfaced before launch

The demand for electric vehicles in the Indian market is increasing day by day. In view of this demand, new and old automobile companies...
Read more