Such a passion for this Nokia phone! became the best selling phone; Know what is such a specialty 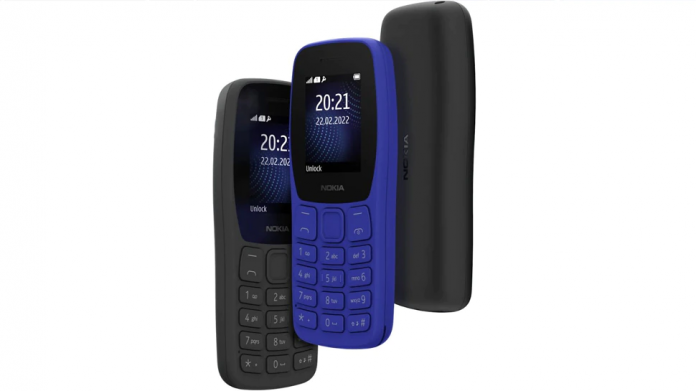 Nokia phones have rocked. A different kind of craze is being seen to buy this feature phone. The Nokia 105 was the best-selling feature phone globally in the first quarter of 2022.

There was a time when Nokia’s feature phones were hot. People used to buy Nokia phones at their first leisure. But then gradually people started turning toward smartphones. But even today the sales of feature phones are tremendous. There are many feature phones in the market, but the segment is still dominated by Nokia. As per the latest IDC report, the Nokia 105 was the best-selling feature phone globally in the first quarter of 2022. It is noted that the IDC report pertains to feature phones.

Nokia 105 No. 1. Feather
A new report by analyst firm IDC reveals that itel Mobiles was the top feature phone seller for the first quarter of 2022. Reports suggest that the feature phone market made over $1 billion during this period. However, there was a decline in the number of units sold which stood at 58.9 million. The decline from Q1 2021 was 28.5%, but feature phones accounted for 16% of total mobile phone sales in Q1 2022.

Itel’s three phones are in the top 5
While the Nokia 105 was the most in-demand feature phone in the first quarter of 2022, itel’s top spot was driven by strong demand for its products. Three of the top five phones were from Itel, though the Tecno T402 came second. The IT5260, IT2173, and IT2171 were the itel phones that made it into the top 5.

Read More: Realme is bringing a stylish tablet with a strong battery, which will last up to two days; Would like to buy knowing the features.

Nokia continues to have strong growth in multiple markets, as evidenced by previous reports. It has seen revenue growth of 87 percent in North America while Western Europe posted a healthy 37 percent year-on-year growth. The Nokia brand has also seen a huge increase in its market share in the United Kingdom. It currently ranks third in the UK smartphone market.

Nokia is expected to continue its strong performance in the feature phone market in the second quarter of this year. Its growth could even be up to five sectors by 2021 performance.

Share
Facebook
Twitter
Pinterest
WhatsApp
Linkedin
Telegram
Previous articlePersonality by Zodiac Sign: These 5 zodiac signs are the masters of their own will! almost impossible to get them to talk to
Next articleCenter’s stance on service charges: The government stated that service charges were incorrect and asked restaurants and hotel owners not to charge them.