Vande Bharat: The date of September 7 is important, a big update for those traveling on the Ahmedabad-Mumbai route 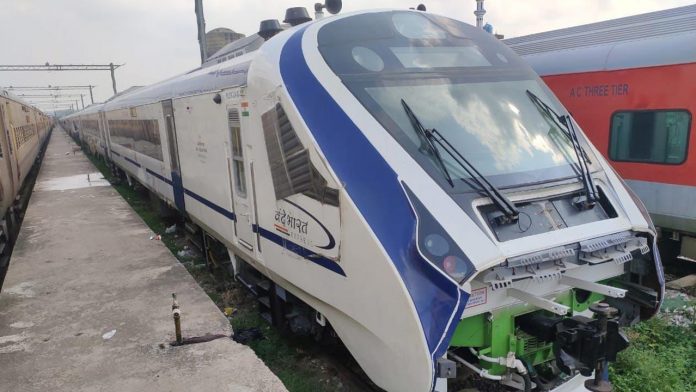 Vande Bharat: The Vande Bharat train has piqued the interest of many passengers. Delhi-Varanasi and Delhi-Katra are currently the two routes on which passengers can board the train. The third route, which runs from Ahmedabad to Mumbai, now has some good news. Indian Railways will conduct the last trial of the third Vande Bharat train on Ahmedabad Mumbai road from 7 September i.e. every day.

After checking, this semi-high speed train will get the green signal
After the investigation of CCRS, the Ministry of Railways will give a green signal to this semi-high speed train on the Mumbai-Ahmedabad route. This train has had to go through the trials of its speed and braking system for about a month. 115 kilometers per hour was the slowest speed while 180 kilometers per hour was the fastest.

Read More: IRCTC Rule: If you want to take a lower berth in the train then know this rule of IRCTC.

The train was tested on different routes
This train was tested on different routes. The speed of 180 kmph has been tested between August 25 and August 28 in the Kota-Sawai Madhopur section. The train has been tested in both loaded and empty conditions at speeds of 120, 135, 150, 160, 170, 175, and 180 kmph. Currently, Vande Bharat is running on 2 routes. One Delhi-Katra and the other Delhi-Varanasi.

Share
Facebook
Twitter
Pinterest
WhatsApp
Linkedin
Telegram
Previous articleLaunch of the SBI Cashback Card, which offers 5% cashback on online purchases. If you spend up to Rs. 2 lakh, the renewal cost of Rs. 999 will be waived.
Next articlePitru Paksha 2022: Do not make this mistake during Pitru Paksha, otherwise hungry and thirsty ancestors will suffer a lot!