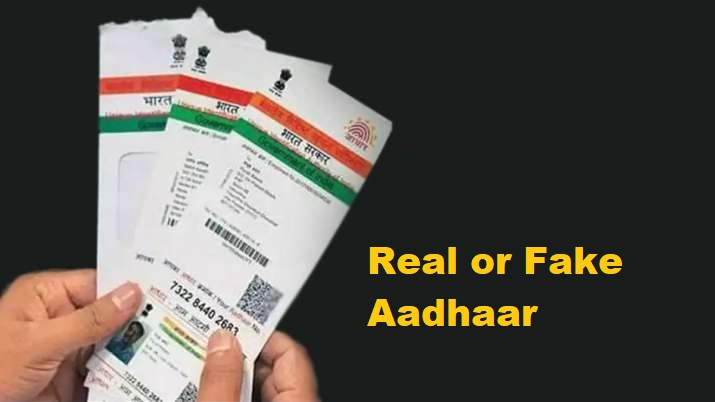 With the increasing use of Aadhaar, the cases of fraud related to it have also increased rapidly. In such a situation, UIDAI has also started adding the QR code of UIDAI in every Aadhaar. With this, you can differentiate between real and fake Aadhar card. Many times people tamper with the Aadhaar card because they think that only 12 digits are needed for the real identity of Aadhaar card, but it is not so.

Your important work can get stuck without QR code.

Many times people do not keep their Aadhaar properly and break it. Because of this, when the QR code of their Aadhaar is scanned later, there is a problem in scanning it. Because of this, some of their important work gets stuck later. In such a situation, first of all, try that your Aadhaar is not tampered with and take care of the barcode of Aadhaar properly. For this, Aadhaar has given information by tweeting from its official Twitter handle and warned that Aadhaar may need to be scanned anytime.

How to keep the QR code on the Aadhaar card safe-

1. You can get Aadhaar laminated to keep your QR code safe. This will not turn your base from where.
2. After the base work is done, keep it safely. Be careful that it does not fall into the wrong hands.
3. Keep the Aadhaar card away from the reach of children. Sometimes children tear their Aadhaar. After this, there is a problem in scanning the QR code.
4. Keep it out of reach of rats. With this, he could not damage your Aadhaar.
5. If you want, you can order PVC Aadhaar online. You can keep it well in your wallet. You can store it like a credit card.

Read More: If you want to keep the Aadhar card completely safe, then follow these steps, it will not be misused

Share
Facebook
Twitter
Pinterest
WhatsApp
Linkedin
Telegram
Previous articleHeavy discount on new Maruti Alto K10, will get discount on buying only this month!
Next articleAnother new Dhansu SUV knocks in the country, launched at this price

PAN Card: Get this work done within four months, otherwise the PAN card will be closed!

PAN Card Apply: PAN card is a document that is very useful at the time of economic activities of the people. Income tax can...
Read more