Delhi G-20 Meeting: Preparations for G-20 meeting begin in Delhi, special arrangements being made for guests 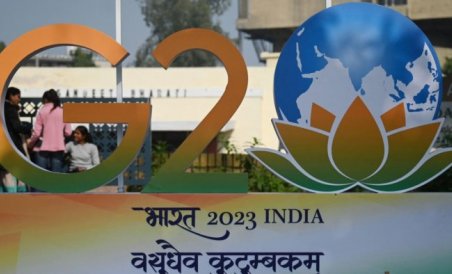 Delhi G-20 Meeting: This time the hosting of G-20 is in the hands of India. In March, June, and September 2023, several events related to the G-20 summit will be organized in the capital of India, Delhi. Preparations have been intensified for which national presidents, representatives, and guests from all over the world will participate in large numbers. There are many such heritage sites in the country which reflect the pride of the country and the capital, and the restoration work of all these is going on very fast. Especially some buildings in Delhi are being specially prepared for that event.

Historical buildings will be in the center of the world

In the G-20 conference to be held next year, apart from many cultural programs and visits of leaders and officials, important meetings will be held. In especially the historical heritage of Delhi will be kept at the center. Foreign guest delegates may also be taken on a tour of these heritage sites. In which mainly there are monuments of Delhi included in the UNESCO World Heritage List.

The G-20 delegates can visit Red Fort, Humayun’s Tomb, Purana Qila, Qutub Minar, and Safdarjung Memorial among other places. Regarding this, necessary facilities are being rectified along with the work of cleanliness, and attraction in the campus. To further improve the system, meetings are being held every 10 to 15 days by the ASI officer and the regional administration. The administration has given clear instructions in this regard that no negligence will be tolerated in this matter.

The G-20 was formed in 2008 after economic instability in the world, comprising 19 countries including the European Union. This time its command has been handed over to India by Indonesia, whose theme has been kept as the identity of India “Vasudhaiva Kutumbkam – One Earth, One Family, One Future”. By the way, in this era, the whole world is looking towards India with hopeful eyes on all subjects. At present, apart from economic instability, there are many other challenges demanding a solution to that crisis. Now it has to be seen how special India makes the G-20 summit event.