UP CM Yogi Adityanath is Corona Positive, minister Tandon and many officers also got positive 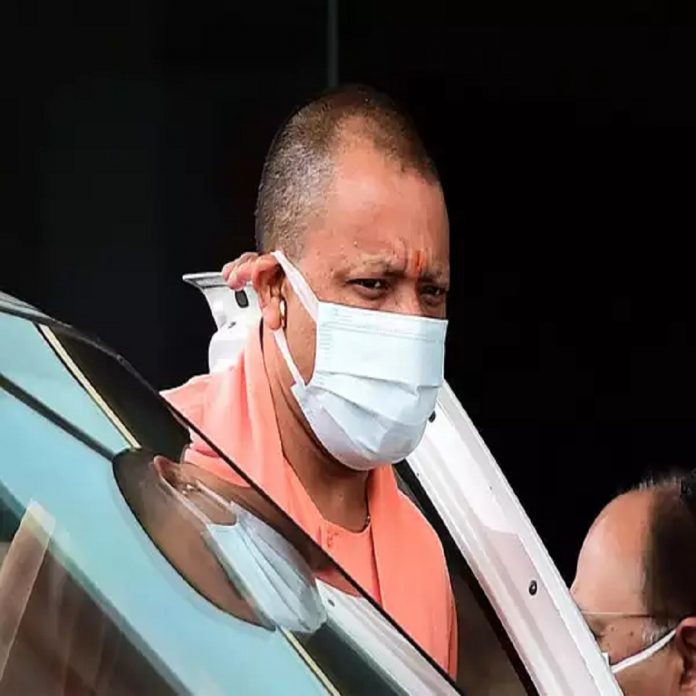 Yogi Adityanath tweeted that after seeing the initial symptoms, I got Kovid examined and my report has come positive. I am in self-isolation and fully following the consultation of doctors.

UP CM wrote that I am editing all the work virtually. All activities of the state government are being conducted normally. Meanwhile, those who have come in contact with me must do their investigation and take precautions.

According to the information, the health of UP CM Yogi Adityanath is still normal. Even after the Corona report came, he has participated in two virtual meetings. However, PGI and KGMU are on alert mode for medical facilities.

Many officers and staff of the house had come under the grip of Corona.

Let me tell you that on the very last day, many officers were found to be Corona positive in the office of Uttar Pradesh Chief Minister Yogi Adityanat. After which he had already isolated himself, but now a test report has come in which he has been found positive.

SP Goel, Principal Secretary of UP CM Yogi Adityanath, Secretary Amit Singh, OSD Abhishek Kaushik have also come under the grip of Corona. Apart from this, two staff of the Chief Minister’s official residence 5 Kalidas Marg were also hit by Corona. Not only the staff, but the minister of the UP government Ashutosh Tandon has also been found positive on Wednesday.

let us know that on Wednesday morning, Samajwadi Party chief and former Chief Minister Akhilesh Yadav has also come under the grip of Corona. Akhilesh had informed in the morning by tweeting that he has been found corona positive and now he has isolated himself. Akhilesh Yadav recently returned after visiting Kumbh.

Corona’s outbreak continues in Uttar Pradesh, Corona is going on

in the biggest state of Uttar Pradesh at this time. In the past, more than 18 thousand cases of the corona were reported in UP, which is still a record. At the same time, in big metros like Lucknow-Varanasi-Prayagraj-Kanpur, the situation has become uncontrollable. There are no beds available in hospitals in the capital Lucknow and there are long queues of dead bodies for cremation at the crematorium.

Corona condition in UP