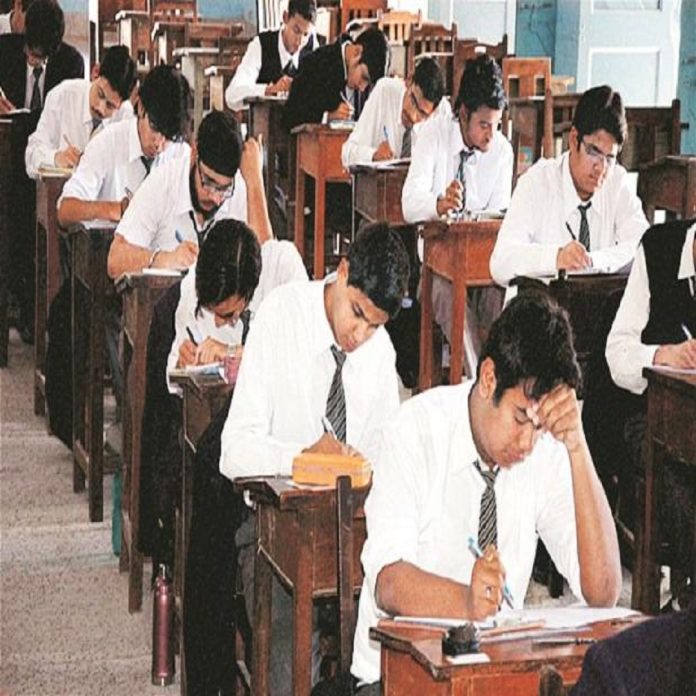 The Government of India has taken a big decision regarding the CBSE examinations amid the growing crisis of Coronavirus. CBSE 12th examinations have been postponed, while the exams of class 10 have been canceled. On Wednesday, Prime Minister Narendra Modi had a meeting with the education minister and officials of the ministries, in which this decision has been taken.

This is the decision for the 12th class

According to the order, the 12th examinations scheduled from May 4 to June 14 have been canceled. There will be another meeting on June 1, in which a decision will be taken in view of the situation then. If there are examinations, students will be informed 15 days in advance.

This decision was made on the papers of 10th

CBSE 10th papers which were to be held from May 4 to June 14 have been completely canceled. Numbers will be given by the board based on the performance of the students. If a student or student will not be happy with their numbers, then they will get a chance to give the exam later.

sources, then there was a proposal from the authorities to postpone both the tenth and twelfth examinations. However, PM Modi said that children have already suffered a lot from Kovid, in such a situation, the examination on tenth should be completely canceled. Whereas the 12th exams should be postponed.

Delhi Chief Minister Arvind Kejriwal, Congress General Secretary Priyanka Gandhi Vadra welcomed the decision to postpone the examinations by tweeting. On this decision, Delhi Education Minister Manish Sisodia said that the government should have canceled both the examinations, but the decision that has been taken right now is perfectly fine according to the current situation.

In Madhya Pradesh, due to

There was a demand for cancellation of examinations

let us tell you that amidst the fast-growing Corona crisis in the country, many Chief Ministers, leaders of the state had appealed to cancel the examinations. About 30 lakh children in the country have to take CBSE exams.

Delhi Chief Minister Arvind Kejriwal also demanded it in his press conference the previous day. At the same time, Rahul Gandhi, Priyanka Gandhi has also demanded to cancel the examinations.

Please tell that between the corona period, most of the children were studied online, schools were opened after the corona cases decreased in the middle. But now that the examination has come, the cases have started growing again. Many states have postponed their board exams here. In such a situation, there was pressure on the Center to postpone the CBSE examinations.