Covaxin or Covishield? If you are confused in your mind then this is the answer of the specialists 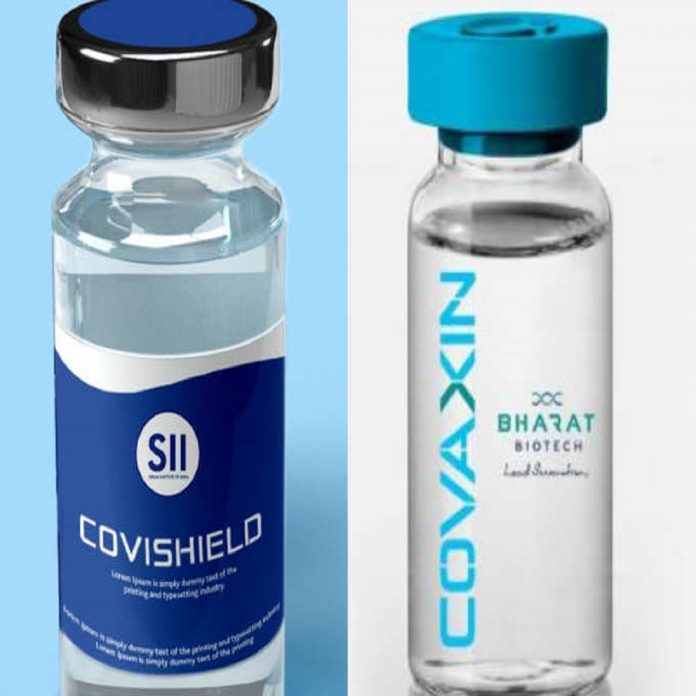 India started its Covid vaccination program in January. More than 25 million people have been vaccinated in the country so far and crores of doses have been sent to other countries. Two vaccines were approved based on the results of the trial. Experts expressed their opinion on Covishield (Oxford-AstraZeneca Developed) of Serum Institute of India (SII) and Covaxin of Bharat Biotech. The medical journal ‘Lancet’ has reviewed both vaccines. Both vaccines are safe and are more effective than the World Health Organization (WHO) set standards. Let us understand what is the difference between Covishield and Covaxin and which is better.

How do both vaccines work?

Covaxin is an inactivated vaccine, which is made from which dead coronavirus. For this, Bharat Biotech used a sample of coronavirus isolated at the National Institute of Virology, Pune. When this vaccine is applied, the immune cells recognize the dead virus and form antibodies against it. Two doses of the vaccine are given at intervals of four weeks and can be stored between 2 ° C to 8 ° C.

Covishield has been developed by Oxford University and AstraZeneca together. It is being developed by the Serum Institute of India in India. This vaccine is made from a weak form of the common cold-cold virus. It has been modified to make it look like a coronavirus but it does not cause disease. When vaccinated, it prepares the immune system to fight a coronavirus infection. This vaccine takes two doses at intervals of four and 12 weeks. It can also be stored between 2 degrees to 8 degrees.

How effective are these two vaccines?

Bharat Biotech released the results of the Phase 3 trial on 3 March. It was claimed that Covaxin showed 81% clinical aphasia. This vaccine was found to be safe during the trial and serious side effects were not seen in any volunteer.

In the international trial of Oxford-AstraZeneca, the vaccine was found to be up to 90% effective. This affix was found when people were given half dose first and then full dose. According to SII, the vaccine does not cause any unacceptable side effects.

Which of the two vaccines is better?

Lancet has stated that Covaxin uses two types of boosters, so it may prove to be better than the rest of the activated SARS-CoV-2 vaccines. Two Chinese companies have made vaccines in the same way but they have the same booster. However, it cannot be compared to Covishield as both are built on different bases. Which of the two vaccines is better, it will be known only after a long research on the immune response.

Can the first dose be of Covaxin and the second of Covishield?

It should not happen by mistake also. The two vaccines are different and their effect on the body’s immune response is also different. Therefore, during vaccination, you should take full doses of the same vaccine. If both doses are of different vaccine then it can have a very bad effect on the body, apart from this, protection will not be available from Covid. During vaccination in India, it is being ensured that the first and second vaccines are of the same company. For this, the CoWIN platform has been prepared, which keeps the complete details of whom, which vaccine has been given.

Update on COVID-19: Delhi sees the highest number of cases and 30 deaths in the last 24 hours

Following the record high of 28,867 cases on January 13, there have been fewer cases occurring every day since then. A positivity rate of...
Read more

Be Alert! This is the biggest symptom of Omicron among people who have taken 2 doses of the covid vaccine

The infection of Coronavirus in India is increasing continuously and more than two lakh new cases are being registered daily. Meanwhile, the cases of...
Read more

News on the Corona Vaccine: These vaccines can be sold by chemists who work in clinics or hospitals. The Subject Expert Committee's decision has...
Read more