Weather Update for Delhi-NCR: Rain has returned to many places, including Delhi-NCR, with a chill in the air. 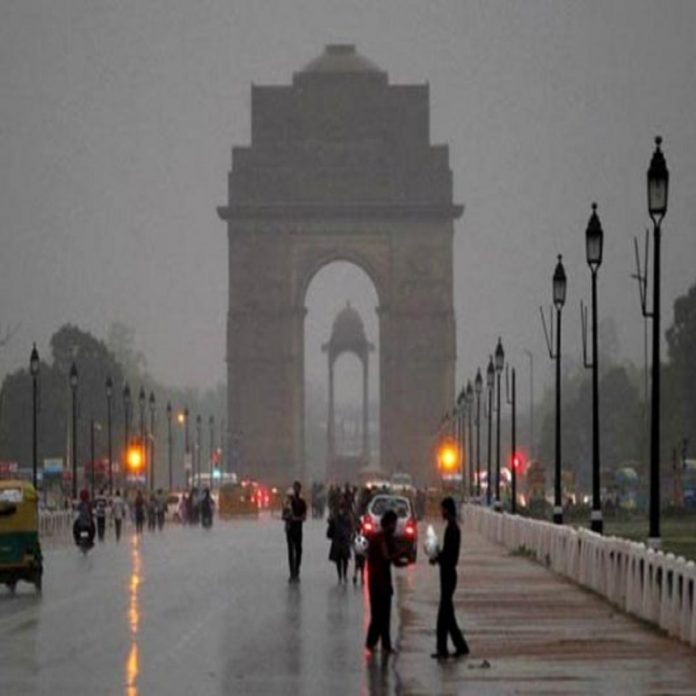 Weather Update: The Indian Meteorological Department (IMD) issued a rain alert in states other than Delhi-NCR, warning that winds of 20-30 km per hour could accompany the rain.

New Delhi: After record rains in the national capital Delhi (Delhi-NCR), the rain has returned today (Friday) and Delhi-NCR is raining intermittently with strong winds. In addition, death has a coolness to it, and the temperature has dropped. On Thursday morning, the Indian Meteorological Department (IMD) released a rain warning for states other than Delhi-NCR.

In North India, the effects of Cyclone Tauktae from Cyclone Tau-Te (Arabian Sea) can be seen, resulting in sporadic rainfall in many states. In addition to the national capital Delhi, several districts in Haryana, Uttar Pradesh, and Rajasthan have received rain in the last two days as a result of the cyclonic storm.

Winds can accompany rain in Delhi-NCR, according to the Meteorological Department.

Apart from Delhi, these areas may experience rain.

In May, the rain in Delhi shattered all previous records.

Thanks to Cyclone Tauktae and the Western Disturbance, Delhi received a record 119.3 mm of rain in the last 24 hours, ending at 8.30 a.m. on Thursday, shattering all previous May rainfall records. According to the India Meteorological Department (IMD), 60 mm of rainfall was reported on May 24, 1976, and twice that amount was recorded this time.During this time, the Lodhi Road Meteorological Center reported 124.4 mm of rain. Rainfall totaled 64 mm, 98 mm, 92.5 mm, and 95.5 mm in Palam, Ayanagar, Najafgarh, and SPS Mayur Vihar, respectively.

After 70 years, Delhi has experienced its lowest maximum temperature.

Share
Facebook
Twitter
Pinterest
WhatsApp
Linkedin
Telegram
Previous articleSBI Alert! Dispose of urgent work quickly, from tomorrow to May 23, Digital Banking Service will be stalled at this time
Next articleAntibodies rise by up to 300 percent when the second vaccine is delayed, according to a new study.