Indian Railways: Now you may travel in style and comfort in an air-conditioned coach, with new coaches equipped with cutting-edge technology. 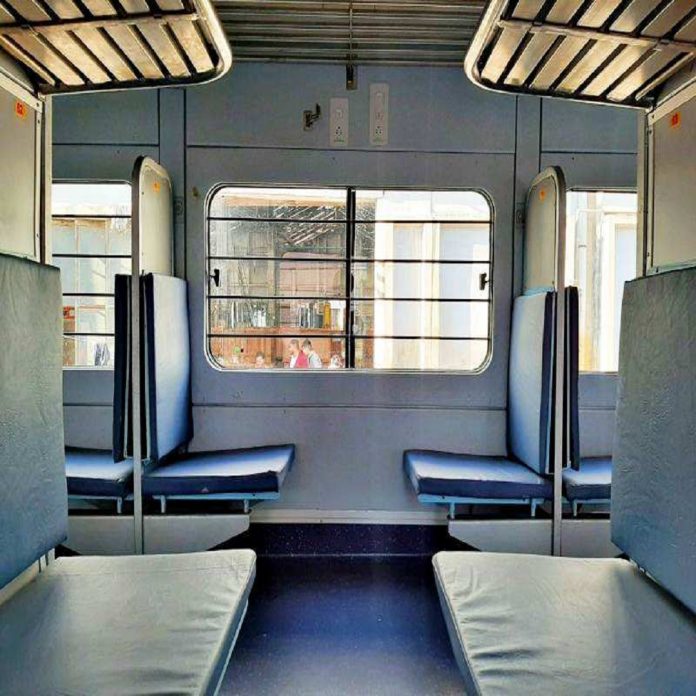 Coach with air conditioning (AC-Economy): The preparation and installation of new AC carriages in trains have begun. For the fiscal year 2021-22, a goal of preparing 806 coaches has been set. These coaches’ fares can be kept extremely low.

AC-Economy Coach: Passengers on the Indian Railways would no longer have to spend a lot of money to travel in AC class. New AC ‘Economy’ class coaches will be introduced by Indian Railways in the near future.

Indian Railways has so far distributed 27 AC ‘economy’ class carriages for use in various zones of the railway. Duronto Express trains from the Western Railway zone, as well as other trains from all around the country, will use these new AC-economy coaches. Instead of the 72 berths found in AC-3 class coaches, these coaches will contain 83 berths.

There hasn’t been a decision on fares yet.

According to news reports in the media, the Railway Board is currently in the process of determining the fare for this class. Indian Railways believes that the tariff should be affordable to travelers who often purchase non-AC’sleeper’ class tickets. However, some argue that the ticket for AC-Economy class should be similar to that of the AC-3 tier class. The case has been pending since May, according to officials.

Read More: Important information for EPFO members: this information is buried in your PF account number, which you can decode as follows:

The government will shortly fix the fare.

The Railway Ministry is expected to make a judgment on the AC-Economy class tariff soon. By design, the new AC-Economy class is meant to be an upgrade from the non-AC sleeper class, and it’s nearly on a level with the Indian Railways’ AC-3 tier class, with one extra piece added for an extra berth. Meanwhile, according to the source, internal memos have been circulated designating the new AC economy class as ‘3E’ class in reservation papers.

Some carriages have been prepped and are being inserted into the train as part of the plan. For the fiscal year 2021-22, a goal of preparing 806 coaches has been set. The Integral Coach Factory (ICF) produces 344 coaches, the Rail Coach Factory 177, and the Modern Coach Factory 285 coaches. By March 2022, all coaches will be installed in trains. Apart from that, with the board’s consent, more economy AC coaches will be built.

These services will be provided.

In AC-Economy class, a personal light will be accessible for reading, as well as AC vents and USB ports. Aside from that, there will be mobile charging stations. To go to the upper bunk, a better ladder will be supplied, so there will be no chance of falling. The coach will now have its own breakfast table. In the toilet, foot operating tabs have been fitted.

Railway’s big decision, now travel in sleeper with general ticket, no charge will be given!

Indian Railways Latest News:  There is great news for those traveling by train, keeping in mind the facilities of the passengers, the railways provide...
Read more

IRCTC Tour Package: IRCTC has the best deals for you if you enjoy traveling or wish to visit well-known South Indian pilgrimage sites. The...
Read more

Indian Railways Fare: If you often travel by train, then hearing the news of rail fare can blow your senses. Yes, Railway Minister Ashwini...
Read more

New update of IRCTC, passengers of Shatabdi-Rajdhani-Duronto will get free breakfast-food!

New update IRCTC: Efforts are being made by Indian Railways to continuously improve the passenger experience. Talking about reaching the destination on time, the...
Read more