Rashmi Desai flaunted her boldness in a yellow short dress 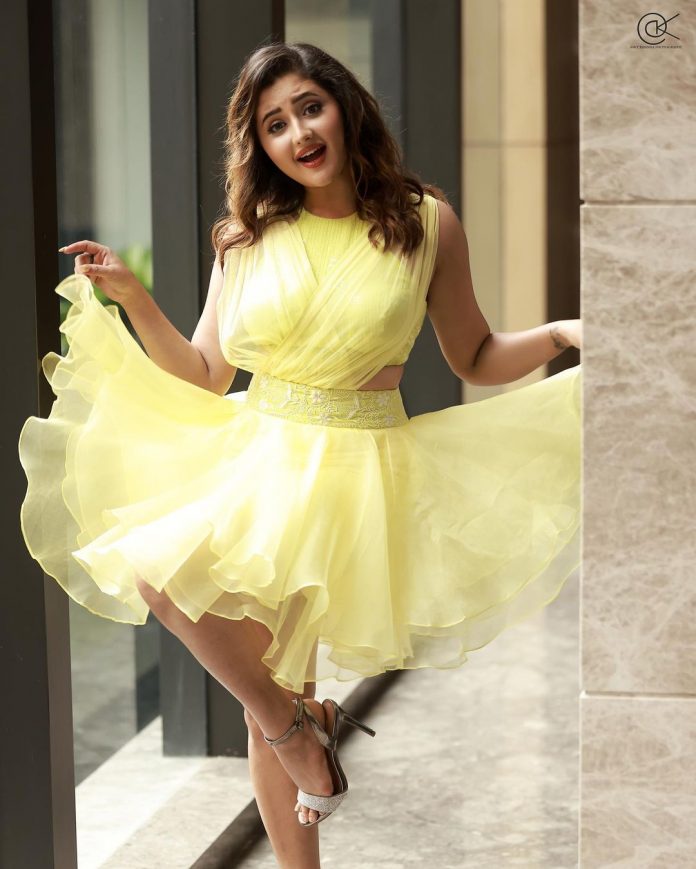 Rashmi Desai has recently shared some pictures of her latest photoshoot on Instagram, in which she is seen wearing a yellow dress.

Famous small screen actress and Uttaran fame Rashmi Desai dominates social media sites for one reason or the other. Rashmi Desai, who ruled the TV industry for years, also made tremendous headlines in season 13 of the reality show Bigg Boss. He has won the hearts of crores of fans through his acting and dance.

Rashmi Desai is very active on social media to stay connected with her fans. She often shares her photos and videos. You will get to see more than one picture of him on Instagram. In this episode, Rashmi has posted some pictures on her Instagram, in which she looks very beautiful.

Rashmi is looking no less than a Barbie doll in a yellow short frock. Rashmi is wearing high heels of gray color with this dress. To make this look monsoon special, Rashmi is seen holding a multi-colored umbrella in her hand. Nude makeup is completing her glamorous look.

Sharing the photos, Rashmi Desai wrote in the caption, ‘Romanticism’. These pictures of the actress are creating panic among the fans. Fans are very much liking his style. Fans are reacting fiercely by commenting on the photos. Talking about the work front, Rashmi was last seen in Ekta Kapoor’s serial ‘Naagin 4’. Apart from this, she has been a part of Bigg Boss 13.

New Delhi: After television, actress Mouni Roy, who has spread her beauty in Bollywood too, is now in discussion about her latest photoshoot. Fans...
Read more

Anushka Sharma in a Bold Dress: The 34-year-old actress Anushka Sharma arrived to Karan Johar's 50th birthday celebration in the most daring gown she...
Read more

Actress Avneet Kaur, who has also appeared in Bollywood after television, is very active on social media to stay connected with her fans. Avneet...
Read more