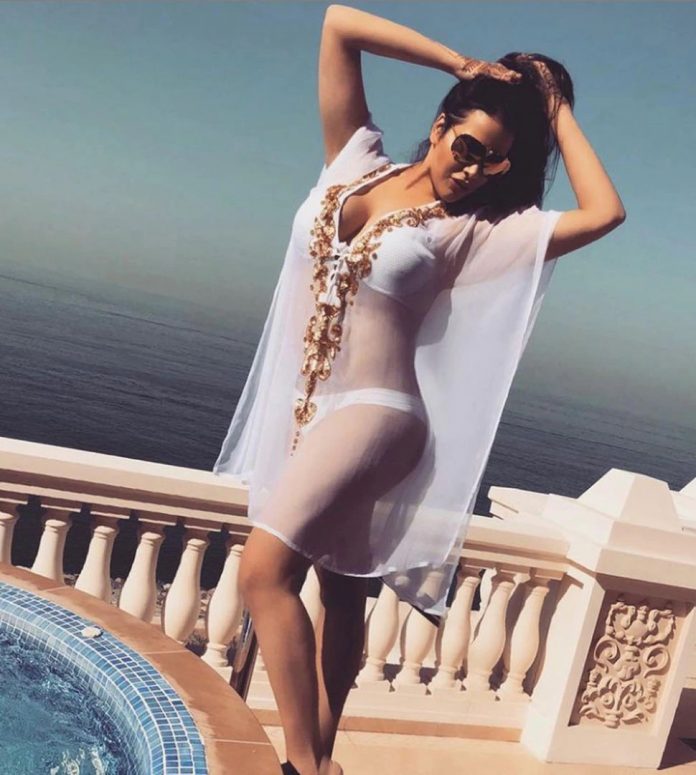 Trishala Dutt, daughter of Bollywood star Sanjay Dutt, is one of those celebrities whose pictures people are eagerly waiting for. She may not have stepped into Bollywood but her fan following is not less than any big stars. Once again she has created a sensation by sharing his picture.

1.Relaxed in the pool wearing a bikini

In the latest picture shared by Trishala Dutt, she is seen standing in the swimming pool. This glamorous look of her has set social media on fire. On which her fans are lavishing their hearts.

Trishala Dutt had earlier shared a beautiful photo of herself. In this photo, she is seen in monokini and is looking amazingly beautiful sitting on the seashore.

3.photos that have gone viral before

This is not the first time that bold pictures of Trishala are going viral. Let us tell you that Trishala is also one of those celebs who remain in the headlines due to their vacation look.

These days she is enjoying a holiday in Hawaii and she is sharing photos of this joy on her Instagram.

5.Trishala is the daughter of the first wife

Trishala Dutt is the daughter of Sanjay Dutt’s first wife Richa Sharma. Sanjay married Richa in 1987 in New York, but two years later she was diagnosed with a brain tumor. Richa died on 10 December 1996. Trishala Dutt is settled in America with her maternal grandparents.

Share
Facebook
Twitter
Pinterest
WhatsApp
Linkedin
Previous articleRubina Dilaik-Abhinav Shukla’s romantic vacation in Goa, fans stunned by the sizzling chemistry of the couple
Next articleArbaaz Khan’s girlfriend is slicing open the hearts of her followers, and if you see the look, you will too.