Devoleena became a bit bold on her birthday, showed a tattoo on her waist in a bikini look 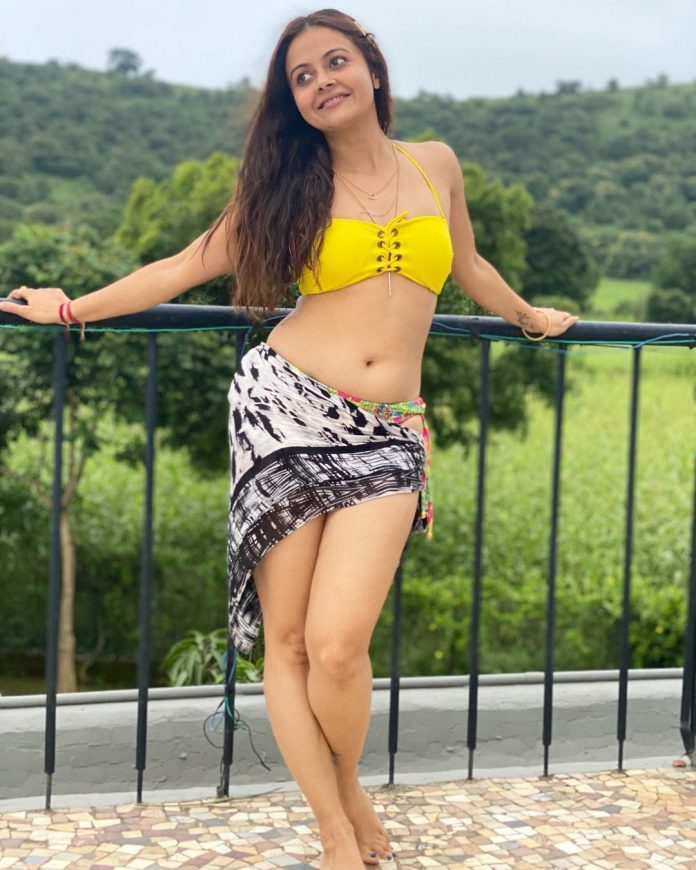 Devoleena Bhattacharjee, who plays the role of cultured daughter-in-law on TV, has become quite bold on the occasion of her birthday. She has shared some of her pictures in bikini look on social media.

TV’s cultured daughter-in-law Devoleena Bhattacharjee is often very active on social media. Devoleena has gone on vacation these days to celebrate her birthday and as soon as she comes on this vacation, she has adopted a bold look. Devoleena is constantly taking her fans by surprise by sharing bikini photos.

TV actress Devoleena Bhattacharjee is very active on social media. Devoleena made her debut in the TV world with the serial ‘Saath Nibhaana Saathiya’. In this serial, the actress played the character of Gopi Bahu, which was well-liked. She had the image of a cultured daughter-in-law in the show. At the same time, she is showing her bold and hot style on social media.

Read More: Realme launched a shocking Amazing Smartphone, Which will be available in less than 10 thousand rupees

Recently, Devoleena Bhattacharjee has shared her glamorous photo on social media, in which she can be seen chilling by the poolside. Even on the occasion of her birthday, Devoleena gave a special surprise to the fans in a yellow bikini. He has shared a video on his social account doing belly dance. Seeing which everyone is going crazy.

Devoleena Bhattacharjee has shared these photos on Instagram. This photo of Devoleena is from her Nashik vacation. Actually yesterday i.e. 22nd August was her 36th birthday day, which Devoleena celebrated in Nashik. From there she has shared her splendid and glamorous photos. Along with the photo, he wrote in the caption ‘And yes it’s indeed a special day. Happy Wala Birthday to me. Fans also congratulated him on his birthday.

Actress Devoleena Bhattacharjee started her career as Gopi Bahu in Star Plus’s famous serial ‘Saath Nibhaana Saathiya’. Also, she has also appeared in Bigg Boss 13. He gained tremendous popularity from Bigg Boss. Currently, she is also playing the role of Gopi in Season 2 of ‘Saath Nibhana Saathiya’. At the same time, his dance and singing videos are well-liked on social media.

Thursday Flashback: Karan Johar given a lot of chances to these stars in his flims, including Anushka and Kiara; see list.

New Delhi: There are numerous Bollywood celebrities who have no connection to the movie industry. However, several of Karan Johar's films provided these celebrities...
Read more

Shehnaaz Gill started showing hot acts as soon as the camera was on, did this work while looking at herself in the mirror

Shehnaaz Gill Video: Actress Shahnaz Gill has recently shared a video on social media, in which she is seen showing her passion. In this...
Read more