Realme launched a shocking Amazing Smartphone, Which will be available in less than 10 thousand rupees 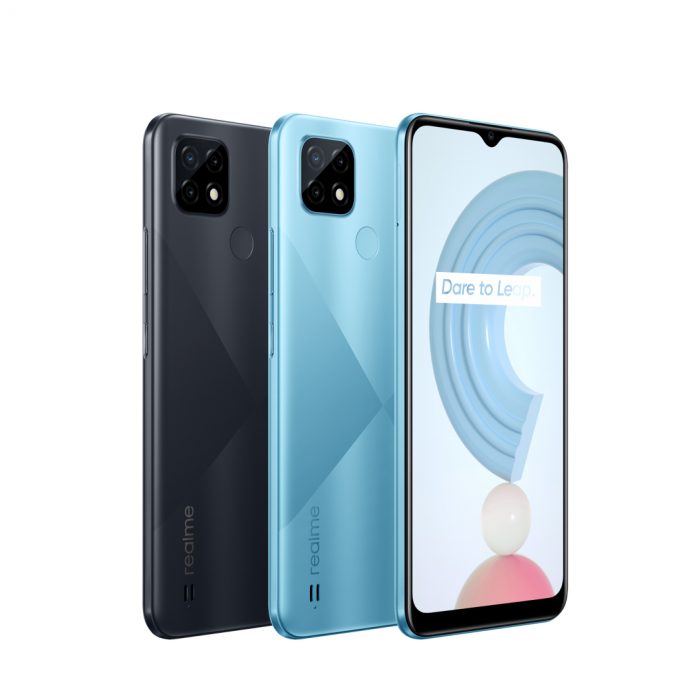 Realme today launched its new entry-level smartphone under its C-series for the Indian market, called the Realme C21Y. The phone was first launched in Vietnam last month. It has a 6.5-inch HD+ display, whose screen resolution is 1600 x 720 pixels and its aspect ratio is 20: 9. There is also a water-drop notch on top of the display to house the front-facing camera sensor.

The processor isn’t a big upgrade compared to the MediaTek Helio G35 packed in the Realme C21, but it is a bit more powerful. The device comes with up to 4GB of RAM and 64GB of internal storage. There is also a microSD card slot that allows you to further expand the storage capacity.

In the camera department, you get a triple-camera setup at the back consisting of a 13-megapixel primary sensor, a 2-megapixel monochrome sensor, and a 2-megapixel macro lens. On the front, there is a 5-megapixel snapper for selfies and video calling.

Other Features of Realme C21Y

The phone includes 4G LTE, Wi-Fi, Bluetooth 5, GPS/AGPS/GLONASS, and MicroUSB. There is also a 3.5mm headphone jack. The device also has a fingerprint sensor on the back panel for added security.

Realme UI is running the Android 11 operating system with a custom user interface. It is powered by a 5,000mAh battery and is claimed by the company to offer a full day’s usage with a single charge.

Realme C21Y comes in two color options – Cross Black and Cross Blue in the Indian market. The 3GB RAM with 32GB storage model costs Rs 8,999 while the 4GB RAM and 64GB internal storage model costs Rs 9,999. The phone will be available for purchase from August 30 through Realme.com, Flipkart, and offline stores across the country.

Share
Facebook
Twitter
Pinterest
WhatsApp
Linkedin
Telegram
Previous articleAmerica puts ‘firm seal’ on Pfizer, the world’s first vaccine with full approval
Next articleDevoleena became a bit bold on her birthday, showed a tattoo on her waist in a bikini look

OnePlus Nord 2T is coming today to rock! Amazing features will be available at such a price; Watch Live Streaming here

M2 chipset support has been added to Apple’s MacBook Air and MacBook Pro in India.

July 2022 bank holidays: The month of July is about to begin, therefore if you too intend to visit a bank branch in July...
Read more

You can become wealthy if you have notes with distinctive numbers, but you will need to put in the effort.

Serial numbers on bank notes: The eBay website offers a platform for owners of old notes to sell them online and make money. To...
Read more