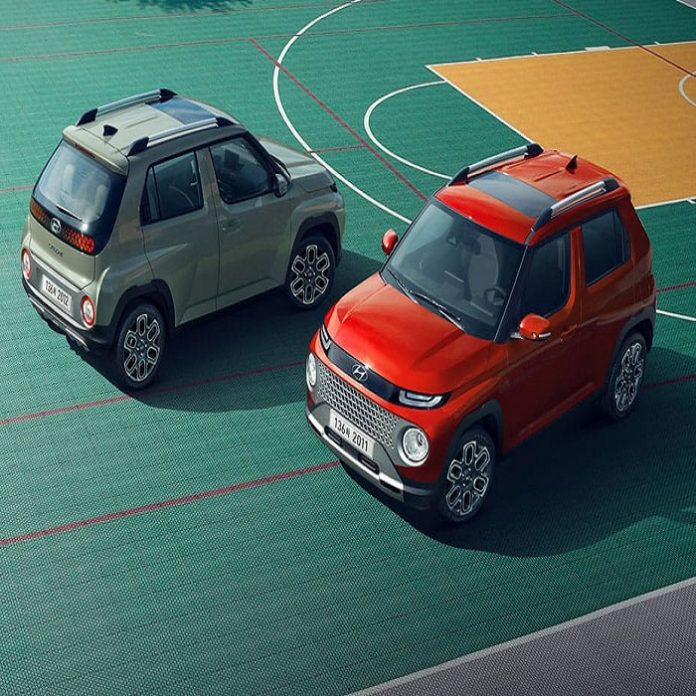 Hyundai has revealed its new micro SUV Casper in South Korea. The Korean carmaker is planning to launch the 2022 Casper in India before the end of this year. Its pre-booking has started even before the announcement of the price.

Hyundai Casper will be brought to the city customers

From the official image of the Casper shared by Hyundai, it is understood that this micro SUV will get a prominent radiator grille, round headlight unit, large wheel arches, and curved body line. The Hyundai Casper is the production version of Project AX1 which will be specially brought to the urban customers.

Will be launched soon in India

Hyundai Casper will be launched in India soon. When launched in the Indian markets, it will compete with cars like Tata Punch, Renault Kwid, and Maruti Suzuki Ignis. Hyundai may place this model a notch below the Venue SUV.

Casper will have two engines

Hyundai has spoken of two engine options for the Casper in South Korea. It will be offered with a 1.0-litre multi-point injection engine and a turbocharged one, which will also be powered by a 1.0-litre engine with direct injection. Both the engines are capable of producing 75 Bhp and 99 Bhp of power.

Electric version will start getting from 2023

For the global markets, Hyundai is likely to offer the Casper micro SUV with either a hybrid or a fully electric engine option. There are also reports that the Hyundai Casper will get a fully electric version and production will start in mid-2023.

Share
Facebook
Twitter
Pinterest
WhatsApp
Linkedin
Telegram
Previous articleMouni Roy looks stunned in the jungle wearing a bikini, fans went crazy after seeing the photos
Next articleCustomers of SBI should be aware of certain important information. Check whether or not Aadhar and PAN should be linked by September 30th