Tata Punch SUV: Tata’s most affordable SUV will launch on October 4, will have this feature of Altroz, know the price 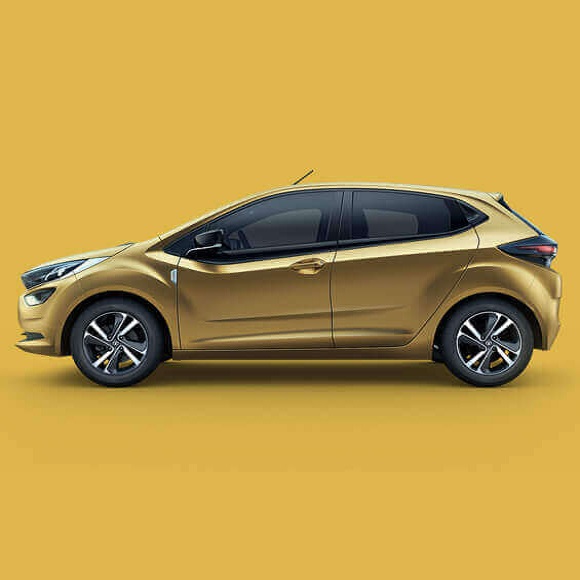 Tata Punch SUV Launch Details: The country’s leading automaker Tata Motors (Tata Motors) will officially introduce its much-awaited new micro SUV ‘Punch’ on October 4. According to the report, the company can also start selling it on the same day. The new Tata Punch micro-SUV is the smallest SUV from the brand and is placed below the Nexon compact SUV in the company’s lineup. Even before the launch, this micro SUV has started reaching dealerships and dealers have started booking it officially. Tata dealers have started taking pre-booking orders for token amounts ranging from Rs 5,000 to Rs 21,000. This amount is refundable i.e. it will be refunded on cancellation of the booking.

Tata has released several teaser videos of its upcoming new car, which tell about the styling and interiors of the Punch. Photos and videos of this car have also been leaked on social media. Tata punch looks quite spectacular in these pictures. New pictures of this car have hit the internet which brings to light some interesting details about this affordable SUV.

The spotted model looks to be a high-end variant. It is made in Bronze color with contrasting black roof. The spotted model gets the signature Tata grille with diamond-cut alloy wheels, rear washer, and wipers, and Harrier-like split headlamp setup. In fact, the front profile of the car looks like a compact version of the front of the Harrier.

The Tata Punch is built on the same ALFA ARC platform that is also used in the Altroz ​​hatchback. In this SUV, many features and design elements have been taken from other hatchback cars of the company. One such feature is the wide 90-degree opening doors. These doors have already been seen in Tata’s premium hatchback car Altroz. These wide-opening doors make it easy to enter and exit the car.

Read More: Mahalakshmi Horoscope: Today is Mahalaxmi Puja, therefore find out which zodiac will receive how much money

The micro SUV will come with a dual-tone color theme. According to the teaser, the Tata Punch will get a dual-tone interior theme with colored accents on the AC vents. However, whether the accent color is the same as the exterior color of the car, has not been revealed. Apart from this, if we talk about the interior, then it will get a big comfortable cabin, in which five people can sit. The top variant will get a semi-digital instrument cluster, 7-inch touchscreen infotainment system with floating display unit, height-adjustable driver seat, and flat-bottom steering wheel. Apart from this, push-button start, cruise control, rear armrest with cup holders, dual front airbags, ABS with EBD, and rear parking camera will be available. At the same time, for the first time in this segment, the Tata Punch will get sand, mud, and rock traction modes with hill descent control.

The Punch was first showcased as the HBX concept micro-SUV during the Auto Expo 2020. Now the Tata Punch, which came out in the production model, does not see much difference from its concept model. The punch picture that Tata Motors has released makes it clear that the front bumper and body cladding have been toned down from the concept, but the square wheel arches and upright stance still give it an SUV-like look. The dual-tone exterior paint option also gives a better floating effect to the roof of the car. Stylish 16-inch wheels have been given in the punch SUV. More importantly, the punch gets to see the family design language of Tata’s big SUV, Harrier, and Safari. The Punch is offered with the same SUV-like split-headlamp setup and Tata’s Humanity Line grille.

In terms of engine and power, the Punch micro-SUV will only get a petrol engine, which is used in the Tiago, Tigor, and Altroz. The SUV is expected to get two 1.2-litre engine options. The lower-spec version is expected to get a 1.2-litre naturally aspirated, 3-cylinder petrol engine that generates 86 bhp of power and 115 Nm of torque. While the higher variant is expected to come with a 1.2-litre turbo-charged engine. The car will get a 5-speed manual transmission and AMT option. The company is also planning to offer an option of CNG in it.

Talking about the size of Tata Punch, its length is 3,840 mm, width 1,822 mm, height is 1,635 mm. The wheelbase of this SUV will be 2,450 mm. The price of the Punch could start from as low as Rs 5 lakh when launched. In the Indian car market, the Tata Punch SUV will compete with cars like Maruti Suzuki Ignis (Maruti Suzuki Ignis) and Hyundai’s upcoming micro-SUV Casper. This entry-level compact SUV will also compete with the likes of Nissan Magnite and Renault Kiger.

These cars of Maruti will run only by ‘smelling’ petrol, will get mileage up to 40KMPL