HomeGadgetsXiaomi is bringing a Drone Camera Phone, will fly in the air...
Gadgets

Xiaomi is bringing a Drone Camera Phone, will fly in the air and take HD photos like this, know when it will be launched 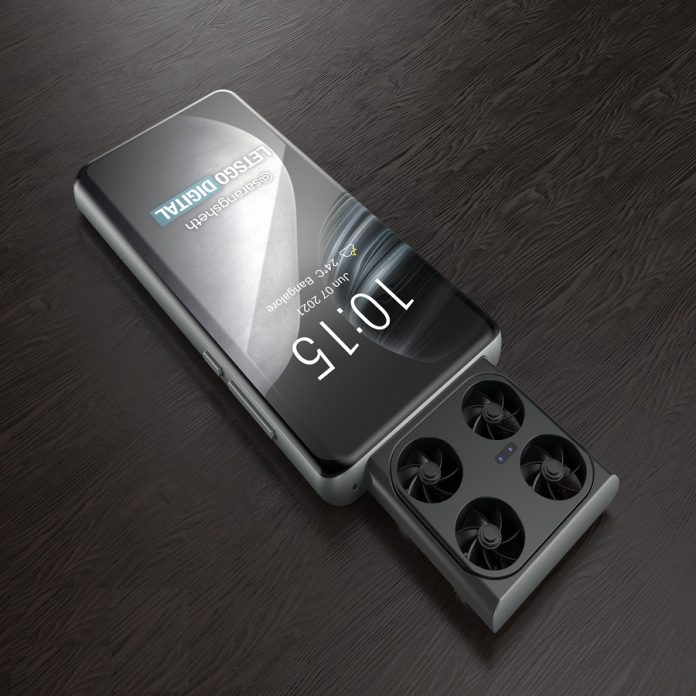 Xiaomi Drone Camera Phone: Xiaomi may soon launch a phone with a drone camera in the market. It is said to have a 200MP camera. Also, many things have come to the fore regarding the phone.

Xiaomi Drone Camera Phone: Xiaomi’s drone camera phone has attracted a lot of attention on the internet. People are trying to know how this phone will work. This is not the first time a firm has made headlines for attempting to introduce new technologies to the market. Vivo has patented this technology. The Xiaomi drone camera phone has piqued the interest of enthusiasts, who are eagerly waiting for its release. Let’s know what is special about this new smartphone of Xiaomi …

Xiaomi Drone Camera Phone: When will the phone be launched?

Xiaomi, the world’s largest smartphone maker, has made headlines with its revolutionary drone camera phone concept. The launch date of the Xiaomi drone camera phone has not been revealed. Xiaomi has recently filed a patent for a new camera concept that it wants to introduce in its smartphone. According to the patent of the concept, the company’s upcoming powerful camera phone will include drone technology. This means that the better camera hardware of the phone will be separated from the phone.

Read More: RBI gift to bank employees! Revision is done in Bank Family Pension, the pension will be increased every month

It appears that the hardware will have an embedded battery to keep it working. This hardware will be housed inside the phone, just like the existing pop-up camera technology. Users will control the drone camera through their smartphones. The camera of the phone can be 200MP.

Will the Xiaomi Drone Camera Phone become a reality?

This technology of Xiaomi can be a game-changer. It takes a lot of effort to make it. A small battery can be provided in the phone itself to charge the drone hardware. If the drone will fit in the phone, then it will become a bit thick. If the drone gets stuck in the phone and breaks then there can be a lot of trouble. Maybe the phone will be waterproof.

Share
Facebook
Twitter
Pinterest
WhatsApp
Linkedin
Previous articleRBI gift to bank employees! Revision is done in Bank Family Pension, the pension will be increased every month
Next articleThe LIC countdown has begun. The IPO process has begun, and the company will submit documentation to SEBI next month