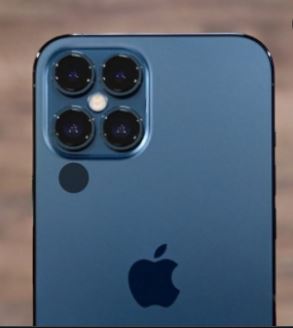 The iPhone 13 has been officially launched last month, whose design is exactly like the iPhone 12. Earlier there were some reports that Apple will launch the iPhone with a hole in the display for the first time this year. But, it seems that Apple has delayed its adoption till the next model. According to official sources, it is likely that Apple will equip the iPhone 14 with a single-hole screen next year.

How will the iPhone 14 be different?

According to reports, LG has started developing related technology. The move is being seen as a preparation for the new iPhone order and will supply the hole screen required for the iPhone 14. But note that, because of the Face ID component, Apple will use “pill-shaped” placement of the Face ID components. Some time ago, some designers did contextual rendering so that we can see the design firsthand. Overall, the long strip hole will further enhance the display of the phone and more content will be visible.

iPhone 14 will use LTPO technology

The display of the iPhone 13 Pro model has a refresh rate of 120 Hz. Whereas the standard iPhone 13 model has only a 60Hz panel. The situation will be completely different for the iPhone 14 lineup. All the next generation models will get a 120 Hz display using LTPO technology. At the moment, only Samsung is capable of producing the LTPO display; In which the entire iPhone series is not capable of producing. LG is already preparing to help the competitor.

iPhone 14 will be better than before

According to reports, it intends to start production of different types of panels by next year. According to Korean media reports, the company has been able to provide the required amount of components required for the iPhone 14. LG is already in talks with Avaco, which supplies equipment for the production of LTPO displays, and is awaiting Apple’s approval for organized production. If all goes well, the base model of the iPhone 14 will be different and more spectacular than before. Changes can also be seen in the Apple 13 Pro model.