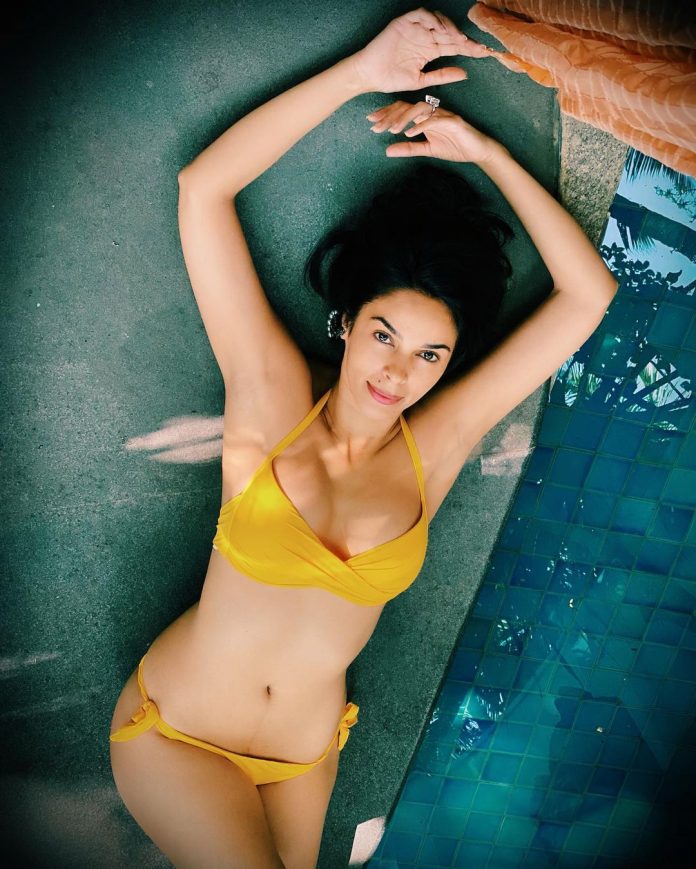 Beautiful pictures of Bollywood actress Mallika Sherawat are becoming increasingly viral. People have got to see such a form of the actress after a long time.

Mallika Sherawat is considered one of the hot actresses of Bollywood. Her style can make anyone crazy about her. Although she is not very active in the film world, her presence on social media remains constant. Mallika Sherawat keeps sharing her beautiful and hot photos every day. Now many such pictures of the actress have come out, which are becoming increasingly viral.

Fans are in awe of Mallika’s pictures

A lot of comments and likes are coming on this picture of Mallika Sherawat. In two pictures, the actress is clicking pictures lying on the side of the pool, while in one picture she is seen standing with the help of a pole. Fans are comparing this look of the actress with the look of ‘murder’. Many people are saying that after seeing this picture, people are remembering his ‘murder’ style.

Mallika is making a comeback

Let us tell you that Mallika Sherawat made her Bollywood debut in the year 2003 with the film ‘Murder’ with Emraan Hashmi. In this, his kissing scene with Emraan Hashmi was very much discussed. Talking about her film in an interview, Mallika Sherawat said that she had stopped getting good work after the film ‘Murder’. Mallika has worked in Bollywood as well as Hollywood. Now Mallika is ready to make a comeback once again, soon one of her films is going to be released. Along with this, she was also spotted on the set of a reality show on the previous day.

Tejashwi Prakash, wearing a Thai-high slit dress, spread his beauty, sat on the couch in such a pose

New Delhi: Karishma Tanna's performance has taken her from television to Bollywood. On screen, he's played a variety of characters. Fans have embraced her...
Read more

Urvashi Rautela was one of many Indian actors who made their Cannes Film Festival debut in 2022. The actress attended a screening of the...
Read more

Esha Gupta wore such a revealing dress for a bold photoshoot, killer pose sitting on the sofa

Esha Gupta, a Bollywood actress, has sparked a lot of debate about her attractiveness. The actress has only appeared in a handful of Bollywood...
Read more

Janhvi Kapoor’s glamorous look in a deep neckline shimmery dress, it is difficult to take your eyes off the pictures

Everyone is convinced of the style statement of Bollywood's most gorgeous diva Jhanvi Kapoor. Jhanvi is a great actress as well as a fashionista....
Read more