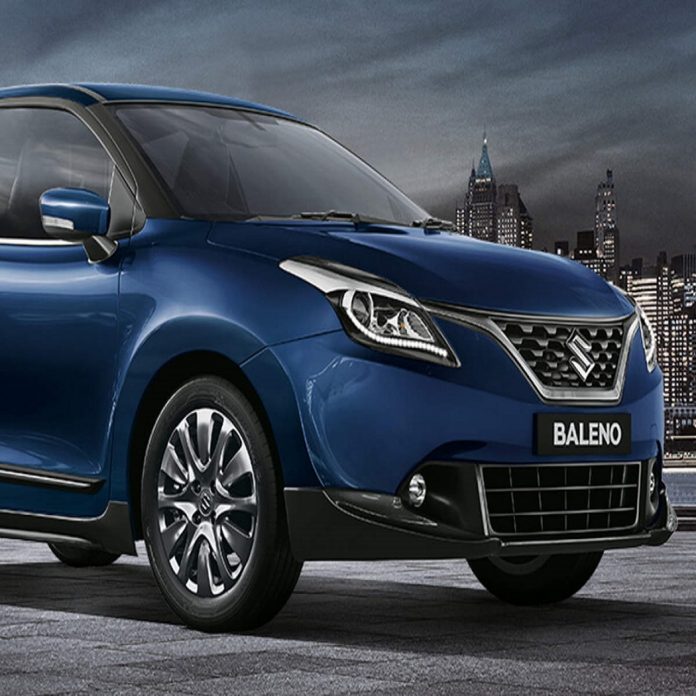 Maruti Suzuki is working on its popular premium hatchback Baleno facelift which is going to be launched in the market with new features and technology. Information about these features has been leaked on the Internet.

Maruti Suzuki Baleno is the most loved premium hatchback in India and the company is going to introduce it in 2022 with major changes. Apart from the changes in the design, all new features and new technology are going to be available with Baleno. With the major changes to the car, the Baleno is expected to go a long way in comparison to the Hyundai i20. This car is the best-selling premium hatchback of Maruti Suzuki and with the new model, it is almost certain to see a big increase in this sales.

The face of the 2022 Baleno is about to change

The face of the new Maruti Suzuki Baleno is about to change with a flattened front rather than a curved one. In this, headlamps and LED DRLs of another design are going to be found enclosing the new grille. The bonnet of the car could also be of another design that would match the grille. Apart from this, major changes are also going to be seen in the rear which will include a new bumper, redesigned tailgate, extended taillight till boot lid. New design alloy wheels are going to be available with the new car, which will be available in the expensive variants of Baleno.

Read More: Holiday Calendar 2022: 82 days out of 365 will be designated as holidays; find out when Bihar’s summer vacation will begin

Apart from the external changes, the company is also going to make major changes in the cabin of the new Baleno facelift. Here instead of the existing SmartPlay studio system, the company can offer a new touchscreen infotainment system with large size. It is estimated that from the new Suzuki S-Cross sold in the global market to the 9-inch touchscreen company, the company is going to give it to the new Baleno. Apart from these features, Maruti Suzuki can provide embedded SIM with the new car, through which connected car features i.e. Internet-operated features can be found.

With these new features, wireless smartphone integration can also be found in Maruti Suzuki. After the new infotainment and connected car features, many more features like auto LED headlamps, keyless entry, auto climate control, and the cruise control can be found with the new Baleno facelift. Talking about the engine, there is a possibility that the company will not make any changes to it. The current 1.2-litre petrol engine can be found with the car which makes 83 horsepower power and 90 horsepower in mild-hybrid. With this engine, the options of 5-speed manual and CVT gearbox will be available as before.

Share
Facebook
Twitter
Pinterest
WhatsApp
Linkedin
Telegram
Previous articleIf you Break Traffic Rules on the roads, then be careful; Rs 5000 is fine
Next articleNow Ola drivers will not ask where to go, this decision of the company will benefit you

Tata and Maruti won the game by playing behind Mahindra’s back!

After almost three years, the Auto Expo is being planned. The Auto Expo 2023 will feature a large number of automakers, however Mahindra is...
Read more

Maruti Black Edition Cars: Maruti is celebrating its 40th anniversary. On this occasion, the company has launched Black Edition of all five cars sold...
Read more

This is the on-road price of the base model of Maruti Baleno, this will be the EMI if bought on loan

Maruti Baleno Base Model Price and Features:  This year, Maruti Suzuki unveiled a new version of the luxury hatchback automobile Maruti Baleno. With the...
Read more

Maruti Swift Vs Baleno: How different are the two from each other, know the difference between price, engine and features

Maruti Swift vs Baleno Comparison: Maruti Suzuki has introduced its Baleno in an updated version this year. With this, the Maruti Suzuki Baleno has...
Read more