Is there any different treatment for patients of the Omicron variant? Know the answer to every question 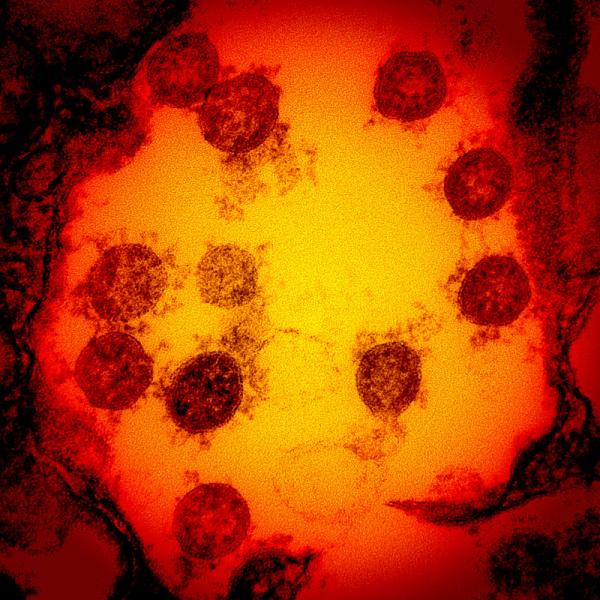 Omicron Variant Explainer: What are the characteristics of Omicron? Is the current vaccine effective or not? How is testing going? How Dangerous Is Omicron Than Delta? You will know the answers to all such questions related to the new Omicron variant of Corona …

Omicron Variant FAQ: The new Omicron variant of Corona is now intimidating. Omicron’s speed has increased in India too. So far 228 cases of Omicron have been reported in the country. What are the symptoms of Omicron? Is the vaccine effective or not? How deadly from Delta? Many such questions arise in the mind. In this report, we will know the answers to 8 such important questions.

1. Is there a different treatment for patients with the Omicron variant?

– No. The treatment of patients infected with Omicron is different, it is not so. They are also being treated like other corona patients. The protocol for the treatment of corona patients has been decided by the World Health Organization (WHO). The director of Delhi’s LNJP Hospital, Dr. Suresh Kumar had told that the treatment is being done only under the corona protocol. After the report comes negative, a blood test and X-ray are done and if the report is normal then it is discharged.

2. How is the testing being done?

The method of testing is also the same. Just to confirm the Omicron variant, the sample of corona infected is sent for genome sequencing. Dr. Suresh Kumar explains that the RTPCR test of passengers is done at Delhi Airport. If the report comes positive, then he is admitted to the hospital. After that, the patient’s sample is sent for genome sequencing. This shows whether the patient is infected with the Omicron variant or is there another variant? Union Health Minister Mansukh Mandaviya had told in the Rajya Sabha that 38 labs in the country have the facility of genome testing.

3. Is infection only for people coming from abroad?

It is believed that those who are coming back from abroad are getting infected with Omicron, but this is not necessary. So far, there have been many such cases of Omicron in the country in which the patient does not have any travel history.

Delhi Health Minister Satyendar Jain had told on Tuesday that 34 Omicron patients are being treated in LNJP so far, out of which 3 have no travel history. However, it is also being ascertained whether these people had come in contact with any foreign returnee.

Similarly, the first case of local transmission has also come in Hyderabad of Telangana. The doctors treating the Omicron patient here have also been infected with Omicron.

4. Is it lethal than the Delta variant?

– Cannot be said about this clearly yet. But it is definitely being said that Omicron is spreading faster than Delta. Recently, there was a study from Hong Kong University, which claimed that Omicron spreads 70 times faster than the original strains of Delta and Covid, but it is less severe. It was told in the study that the chances of getting less infection in the lungs due to the Omicron variant are less than the rest of the corona variants.

So far, the Omicron variant is believed to be the fastest spreading variant. The World Health Organization (WHO) had earlier issued a warning that the other variant has not spread as fast as Omicron is spreading.

WHO also says that Omicron is spreading faster than Delta. There is also a possibility that Omicron may replace Delta.

6. What are the symptoms?

The biggest concern is that most of the Omicron infected do not show any symptoms. Health Minister Mansukh Mandaviya told the Rajya Sabha on Monday that 80 percent of Omicron patients have no symptoms. At the same time, there are only 13 percent have minor symptoms.

– LNJP director Dr. Suresh Kumar says that according to the WHO data that has come from South Africa and Europe, Omicron patients have mild symptoms. They will have a sore throat, loose motions, mild fever. However, breathing difficulties or BP-related problems have not been observed. Apart from this, as was seen in the case of the Delta variant, Omicron patients do not even require oxygen.

7. Is the current vaccine is effective?

Nothing can be said for sure about this yet. Research by the University of California revealed that the current vaccine of Corona is less effective on Omicron. However, it is also a matter of relief that even though people are getting infected due to the vaccine, the serious disease is not happening.

The Central Government has told in the Rajya Sabha that there is no evidence that the current vaccine is not effective on Omicron. However, despite this, it is a matter of concern that even after vaccination, people are getting infected with Omicron. According to media reports, in Maharashtra itself, 80 percent of Omicron patients were those who had received both doses.

Even after being vaccinated, due to the infection of Omicron, there has been a debate on booster doses all over the world including India. There is a demand for a booster dose in India too. The government had told Parliament that the advisory committee is considering the booster dose. In America, Britain, those who have taken both doses, are being given the third dose. So at the same time, it has also been decided to apply the fourth dose in Israel.

The way people used to face fatigue, weakness, and difficulty in breathing even after recovering from Delta or other variants, a similar problem is coming even after recovery from Omicron, to be studied on this remains. Since Omicron is currently a new variant, no information has been revealed about its post effect.

Share
Facebook
Twitter
Pinterest
WhatsApp
Linkedin
Telegram
Previous articleWhat to do with PAN and Aadhaar after death? Know the rules before getting into trouble
Next articleThese are the most unlucky zodiac signs of the year 2022, The work being done will also worsen

The new study finds that booster shots, known in India as "precautionary doses," have more side effects than the initial dose. At a time when...
Read more

Covid-19 impact: Half of hospitalised patients show at least one symptom till 2 YEARS, says study

A new study published in The Lancet Respiratory Medicine states that "the findings suggest that there is an urgent need to develop effective interventions...
Read more

Coronavirus Cases: The number of active corona cases has now increased to 19 thousand 494. At the same time, the daily positivity rate has...
Read more

Corona: Doctor Guleria gave 3 reasons, due to which WHO report cannot be trusted

Questions are being raised about the WHO report on the deaths from Corona. AIIMS director Randeep Guleria has also not accepted those figures as...
Read more