IND vs SA: With this victory in South Africa, Now many big records in the name of India, Pakistan and Australia are not even close 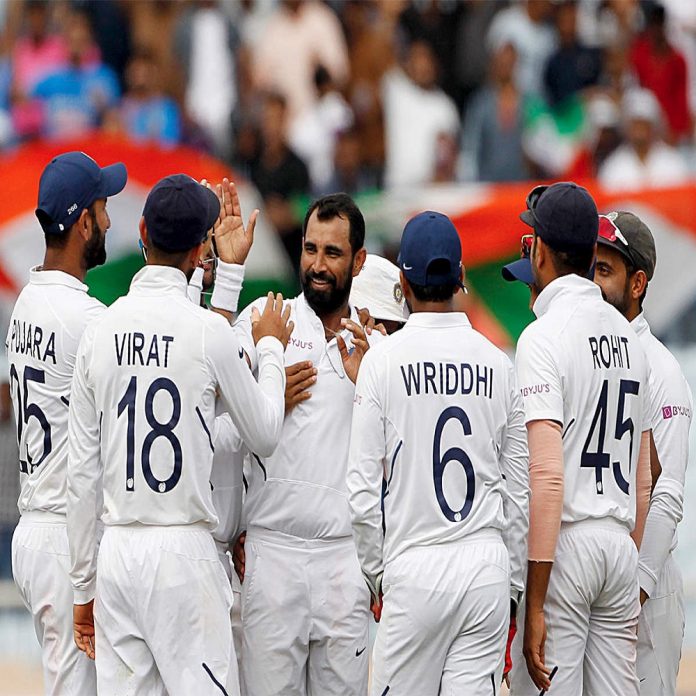 India vs South Africa: India has won the first test match against South Africa with a bang of 113 runs. With this, in the year 2021, Team India has made many big records in its name.

Team India under the leadership of Virat Kohli has won the first test match against South Africa. India has won in a bang style of 113 runs. Indian team has won for the first time in Centurion. With this, the Indian team has made many big records in its name. Let us know about them.

Indian team made this big record

Team India has won the most Test victories in the year 2021 as soon as it wins South Africa. Indian team has won 8 test matches in 2021. Throughout the year, Team India presented a spectacular performance. India won two Test matches against England at his home. At the same time, New Zealand has been beaten 1-0 in its home ground. At present, the Indian team is one of the best teams in the world. Team India’s performance on foreign soil was very good this year in 2021. The team played 8 test matches, winning four and losing 2, two tests being drawn.

Read More: These are the luckiest zodiac signs of the year 2022, every goal will be accomplished, you will get immense success

History made on Centurion

Team India defeated South Africa by 113 runs in this match. For the first time, Indian bowlers have defeated the African team at Centurion’s ground by bowling amazingly. India has achieved its first victory in Centurion. Chasing the target of 305 runs in the second innings of this match, South Africa’s team was reduced to 191 runs. The Indian team is now 1-0 ahead in the 3-match series. In this match, Indian bowlers performed amazingly and stopped South Africa on low scores in both innings. In this match, Jasprit Bumrah took three wickets while bowling amazingly. Apart from Bumrah, Mohammed Shami also took 3 wickets. At the same time, Mohammad Siraj and Ravichandran Ashwin took 2-2 wickets.

Share
Facebook
Twitter
Pinterest
WhatsApp
Linkedin
Telegram
Previous articleCorona’s first nasal vaccination could be available by January; learn about its benefits and how it works
Next articleUpcoming Cars in India 2022: These cars will make a splash in the new year, will be launching from January