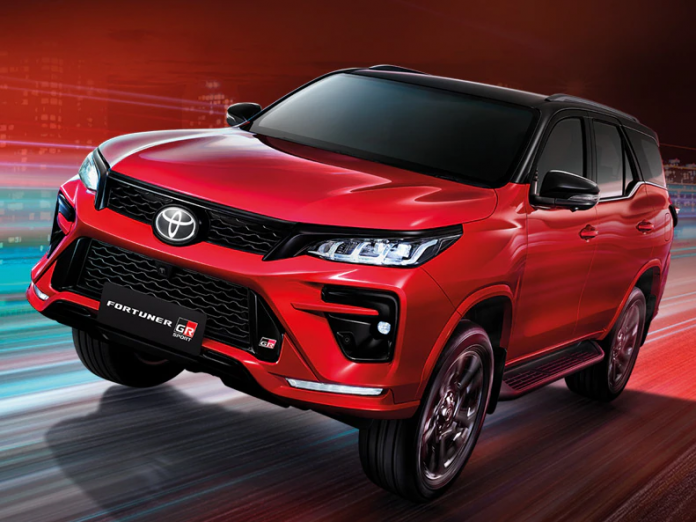 Toyota Fortuner GR Sport: Toyota is going to launch a new GR Sport edition of the popular SUV Fortuner in India very soon, which has been seen for the first time recently. The SUV was launched globally in August last year, which has come with major changes in the exterior and interior.

Toyota Fortuner GR Sport: Toyota is introducing the GR, which stands for Green Revolution. Gaju Racing Sport ranges its global lineup. The global debut of the Fortuner’s GR Sport Edition was made in August last year with an updated exterior design and new features. It has already been launched in many markets apart from Indonesia. The company is currently preparing to launch it in the Indian market. The first spy images of the 2022 Toyota Fortuner GR Sport have surfaced on the internet and have been spotted at Toyota India dealerships.

Major changes in exterior
The new Fortuner GR Sport Edition has received major changes on its exterior which make it a bit different from the regular model. It gets a sporty body kit that includes a dark chrome grille and chunky bumpers at the front and rear. Apart from the grille, bumpers, and front and side panels of the SUV, GR badging has been given on the tailgate. New 18-inch dual-tone alloy wheels have been provided with the GR Sport. Chrome finish has been found on the ORVMs, air dam, door handles, window sills, and door sills. Not much change has been seen in the rear, but the new rear bumper gives it a strong look.

Read More: Seeing Renault’s new generation Duster, the heartbeat will increase, and the price will fit in the budget!

SUV will come with new features
Toyota has also made significant changes to the cabin of the new Fortuner GR Sport, which includes a plethora of features. These include wireless charging, a 360-degree parking camera, an electrochromic rearview mirror, and redesigned instrument console. The new SUV also gets features like an entertainment screen and ambient lighting for the previous passengers. Apart from these, features like a powered tailgate, 9-inch touchscreen infotainment system with voice commands, dual-zone climate control, inbuilt air purifier, seven airbags, hill start assist, traction control, and lane departure warning have also been provided with the SUV.

We will get three engine options
Three engine options are given with the Toyota Fortuner GR Sport Edition. The first of these is a 2.7-liter 4-cylinder petrol engine that makes 161 Bhp and 245 Nm of peak torque. The 2.4-liter diesel engine comes in second place which makes 148 Bhp power and 400 Nm peak torque. Lastly, a 2.8-liter diesel engine has been given to the SUV that generates 201 Bhp power and 500 Nm peak torque. The company has given the usual 6-speed automatic gearbox to all three engine options of this SUV. However, the 4 by 4 option will be available only with the 2.8-liter engine.