Rishabh Pant IPL 2022: Rohit Sharma and Ricky Ponting came out in support of Rishabh Pant, said this about captaincy 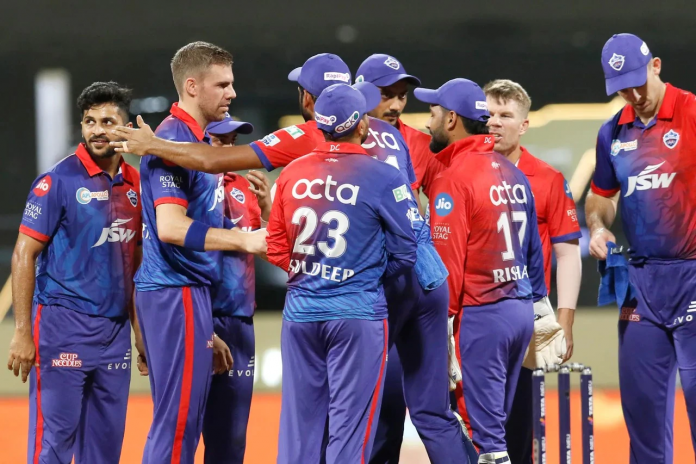 The Delhi Capitals (DC) team has been out of the race for the playoffs in IPL 2022. Rishabh Pant’s team was defeated by Mumbai Indians by five wickets in the match held at Wankhede Stadium on Saturday. With the defeat of Delhi Capitals, the team of Royal Challengers Bangalore reached the playoffs.

After the defeat against Mumbai, questions are also being raised about the captaincy of Rishabh Pant. Especially Pant did not take a review about the catch against Tim David, Pant is being criticized a lot. However, amidst these criticisms, Rishabh Pant has got the support of Rohit Sharma of Mumbai Indians and the coach of Delhi Capitals.

Rohit said in the press conference, ‘He is a great captain, there is no doubt about it. Last season we have seen how Pant has led his team. It’s as simple as that when things don’t go as planned. It is not always according to you. So there isn’t anything wrong with that.’

Rohit said, “He has a brilliant mind, he reads the game well from behind the wicket, it is a pressure tournament and minor glitches can happen. But it is important that you do not lose your confidence and do not doubt yourself. I talked to him about the same. Pant is a confident man and will make a strong comeback in the next season.

Delhi Capitals head coach Ricky Ponting said, “Rishabh Pant was the right choice for the captaincy. We were at the top of the points table last year but unfortunately lost in the playoffs. He is young and becoming the captain of the T20 team is not an easy thing. Looking forward to working with him again next season.

Talking about batting, Rishabh Pant has scored 340 runs in the current season of IPL by playing 14 matches at an average of 30.90. During this, Rishabh Pant’s best score has been 44 runs, that is, Pant could not score a single half-century in IPL 2022.

Indian Team: The sword hanging on the career of Rishabh Pant! This strong wicket-keeper batsman came back in Team India

Benefits of UMANG App: UMANG App is an all-in-one app launched by the government through which you can avail of various government schemes ranging...
Read more