How much did it cost India to build the Bullet Train? The statistics will Surprise 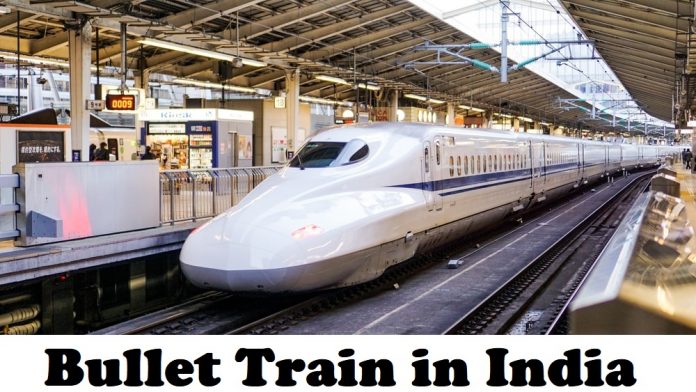 Bullet Train in India: India will soon have a bullet train. The Mumbai-Ahmedabad bullet train project has received multiple approvals in this regard. Devendra Fadnavis, Deputy Chief Minister of Maharashtra, stated that the state government has given the Mumbai-Ahmedabad bullet train project all necessary approvals. He stated that this action was taken to expedite the project. In addition, he has targeted the former Maha Vikas Aghadi (MVA) government of Maharashtra, claiming that it did not take any steps to expedite the project.

Taking aim at the MVA
According to Fadnavis, 70% of the land required for the project in Maharashtra has been acquired in the districts of Thane and Palghar. The previous Maha Vikas Aghadi (MVA) government, led by Shiv Sena chief Uddhav Thackeray, did nothing to move the project forward. Thackeray had requested that the Railway Ministry construct a high-speed train corridor connecting the cities of Pune and Nagpur.

Here are the highlights:

Read More: Income Tax Fraud: Dolo-650 manufacturer’s open poll! You too will be stunned to hear this game

Share
Facebook
Twitter
Pinterest
WhatsApp
Linkedin
Telegram
Previous articleElectric SUV: The pictures of the Hyundai Ioniq 7, a complete ‘wonder’ from inside to outside, will break your heart!
Next articleMaldives in Monsoon: Maldives want to travel on a budget, and monsoon season will double the fun.

Price of a Bullet Train Ticket: The nation's first bullet train, which will run between Mumbai and Ahmedabad, is widely anticipated. It is expected...
Read more