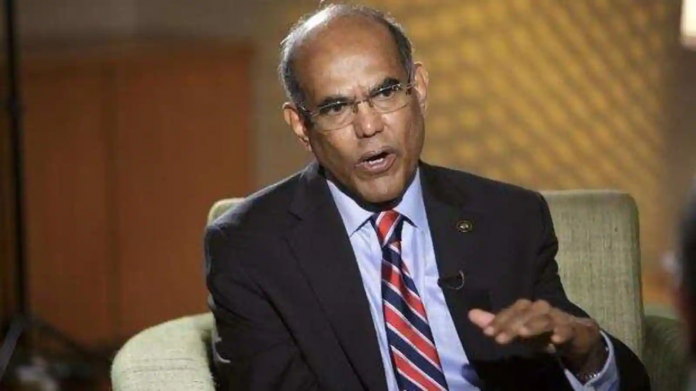 D. Subba Rao’s statement on freebies: Former Reserve Bank of India (RBI) Governor D. Subba Rao has also jumped into the ongoing debate over ‘Rewari culture’ and free facilities in the country. Welcoming the ongoing political debate on the issue of providing free facilities to the people, he called it good for democracy. He was speaking at an event organized on the occasion of 75 years of Indian Independence organized at FTCCI on Monday. The theme of the program was ‘India at the rate of 75 – moving towards a 5 trillion economy.

‘We don’t have extra budget for Rewari culture’

On the growing Revdi culture to win elections in the country, D. Subba Rao said, “It is good that Prime Minister Narendra Modi has started the debate on state subsidies. The states and the central government should realize that we do not have a surplus. The budget, which can be spent on such activities. So there is definitely a need for some safety net. We have to be cautious and selective on this. So that our future generations do not have to bear the burden of unnecessary debt.

Former RBI chief D. Subba Rao said, “India can emerge as a 5 trillion economy ($5 trillion economy) by the year 2028-29. It may also happen that we can achieve this feat even before that. For this, we have to maintain an annual GDP growth rate of 9 percent continuously for the next 5 years.

‘We have 8 challenges to overcome

D. Subba Rao said, ‘When we talk about making the country a 5 trillion dollar economy, then we also have to make a strategy to overcome those 8 challenges, which may come before us during this time. These include increasing investment, improving productivity, improving education and health outcomes, creating jobs, increasing agricultural productivity, maintaining macroeconomic stability, managing global mega-trends, and improving governance.

Read More: UPPCL: Everyone is welcome to apply for bumper recruitment in the UP electrical department! a monthly salary of up to Rs 86,100.

‘200 million people are still below the poverty line

He said that India has made progress in all walks of life in the last 75 years. Despite this, 200 million Indians are still below the poverty line, which is a matter of great concern. Together we all have to speed up the economy in such a way that no one remains poor in our country. He also released a booklet on Industrial Development Strategy on the completion of 75 years of Independence.