PM Modi introduced 75 new digital banking units, The facility will be accessible in 75 districts around the nation, making it simple to complete banking-related tasks. 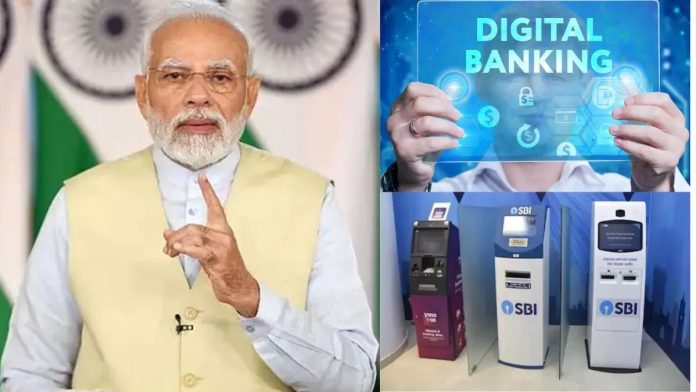 Through video conference, Prime Minister Narendra Modi today unveiled 75 Digital Banking Units (DBUs). DBU wants to spread the advantages of digital banking to the entire nation. All 50 states and union territories should be included. In DBU, banking services will be accessible around-the-clock, 365 days per year. Shaktikanta Das, the governor of the RBI, and Nirmala Sitharaman, the finance minister, among others, participated in the program’s debut via video conference.

More bank branches exist in the nation than in China and Germany combined.

Speaking on the occasion, PM Modi said that there are currently more bank branches per lakh adults in the nation than in Germany, China, and South Africa. Is. Reaching the most remote areas with door-to-door banking services has been our primary objective. Today, there is a bank branch, outlet, or banking buddy within 5 kilometres of more than 99% of Indian communities.

There are 24 banks involved in the Digital Banking Unit,

including 11 public sector banks, 12 private sector banks, and 1 finance bank. In her budget address for 2022–2023, Union Finance Minister Nirmala Sitharaman said that 75 DBUs would be established in 75 districts of the nation to commemorate the country’s 75th anniversary of independence. 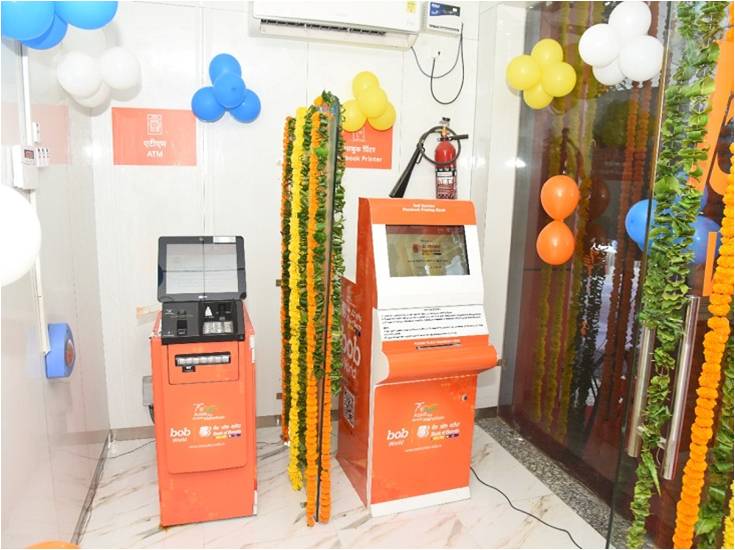 DBUs will be small businesses that offer the public a variety of services relating to digital banking, according to the PMO. It offers many features like creating a savings account, checking the amount, transferring money, printing a passbook, investing, applying for a loan, giving stop payment instructions on checks that have been issued, applying for credit and debit cards, and paying taxes and bills.

Will contribute to a rise in financial literacy

According to the PMO’s statement, DBUs will make it easier for customers to obtain banking services and products. Financial literacy will increase with the use of digital banking systems. In addition, they will support online banking and aid in raising client awareness of cyber security.

J&K Bank’s two DBUs are also mentioned. Additionally, two DBUs of J&K Bank are included. The two DBUs of the Jammu and Kashmir Bank, according to officials, are the SSI at Lal Chowk in Srinagar and the Chhani Rama branch in Jammu.

Digital Banking Units: What Are They?
Commercial banks will now be permitted to operate digital bank units in addition to their existing digital banking operations. These banks will be physically present, so you will be able to visit them, but they will only offer digital services.

What would the customers gain from this?
Only roughly 200 million Indians have currently benefited from digital banking. Millions of people still do not have access to the digital banking system. They will be able to benefit from DBU’s digital banking services as well.

What will the economy gain from this?
Banks will now reach these remote areas of India where opening branches was challenging. More consumers can be served as a result. Banks will have more opportunities to grow their business.

Read More: Tax on Gold: If you are aware of the tax rate on gold, buying gold for Dhanteras need not be pricey!

Share
Facebook
Twitter
Pinterest
WhatsApp
Linkedin
Telegram
Previous articleTax on Gold: If you are aware of the tax rate on gold, buying gold for Dhanteras need not be pricey!
Next articleBold Look: Monalisa looked stunning in a pink gown, and fans were ecstatic!

Jan-Dhan Update: The central government made a big announcement, and the people of Jan-Dhan were bat-bats.