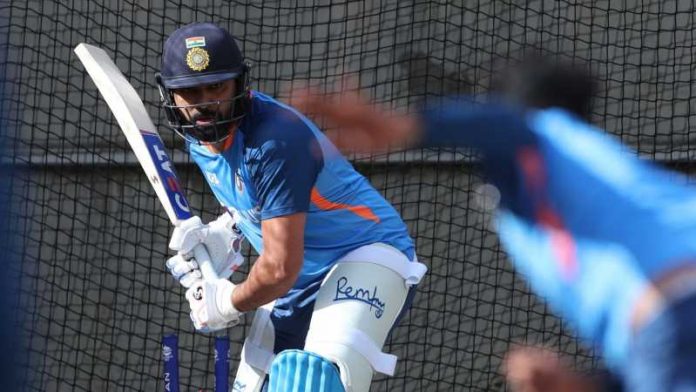 T20 World Cup 2022: Team India, preparing for the semi-finals in full swing in Adelaide, was disappointed when captain Rohit Sharma injured his right hand. During net practice, Rohit missed a delivery from throwdown specialist Raghu and got injured. After this, he had to immediately seek the help of a physio. However, in no time, this veteran player again came on the field for the practice session.

Team India has to play the semi-final match against England in Adelaide itself. During the optional practice session here, Rohit was doing batting practice at the nets. During this, the throw-down specialist’s length ball hit his hand. Rohit Sharma was then seen wailing in agony. He immediately had to leave the net session midway. The physiotherapist then treated him there on the pitch. During this, other staff members also took care of Rohit’s injury.

Looking at the reaction of Rohit and the staff members, it seemed that the injury could be serious but the good thing was that after the short break, the hitman was again seen practicing in the nets.

On November 10, the semi-finals
Team India will take the field against England on November 10 at 1.30 pm. This match will be played at Adelaide Oval only. Team India defeated England in the T20 series on this soil in July, so something heavy is visible in this match.

Read More: Asia Cup match between India and Sri Lanka could decide the tournament; these players may get a chance.

Share
Facebook
Twitter
Pinterest
WhatsApp
Linkedin
Telegram
Previous articleUPI Fraud On Rise With the increase in usage, there has been a big increase in UPI fraud
Next articleHDFC Bank gave great news to the customers early in the morning, you also check your e-mail immediately