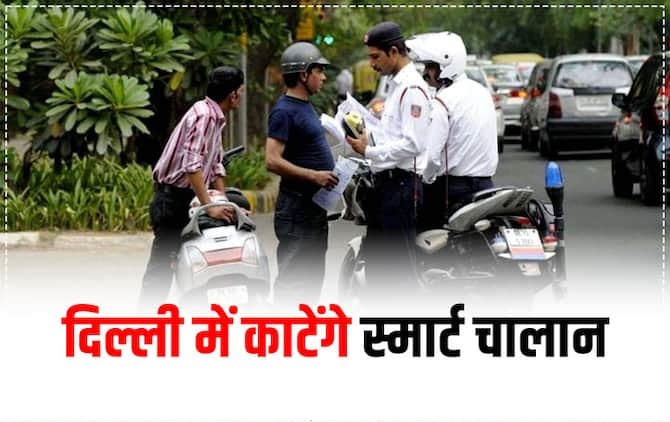 Challan on App in Delhi: Now special care has to be taken regarding driving in Delhi. No, you will not even know when your challan will be deducted. Many times people take advantage of the absence of cameras and traffic police in the middle of the road. But the Delhi Police has found a solution to this. Let us tell you what is the matter.

People will be able to cut each other’s challan

This is how you can complain

Police has informed on social media that if you are traveling anywhere in Delhi, whether a person is driving a two-wheeler or a four-wheeler. If any law is being violated because of it, then you can click the photo or make a video of it, but keep in mind that the number of vehicles is clearly visible in the video or photo. Then you send this video on the app of Delhi Police. Also fill in some details (place, time, date) being asked on the app. If you use GPS then the mobile itself will take all these details to the app.

You can complain on these mistakes

Delhi Police has selected 14 traffic rule violations to report on the app. On which complaint can be made. These include driving in the opposite direction, parking on a footpath, riding a three-wheeler on two wheeler, violation of yellow line, bad number plate, driving without seat belt, violating of stop line, jumping red light. You can also complain about driving without helmet, dangerous and zig-zag driving, using a phone while driving, overcharging taxi, not leaving taxi and bad behavior of a taxi driver through this app. But maybe.

Before railways agent, the way to book tickets in a pinch became HACK, just follow this trick

These cars of Maruti will run only by ‘smelling’ petrol, will get mileage up to 40KMPL

Which one will be best for you between TVS Sport and TVS Star City+? clear the confusion here

TVS Sport Vs TVS Star City Plus: TVS Sport and TVS Star City+, these two are such bikes, people are confused about which one...
Read more