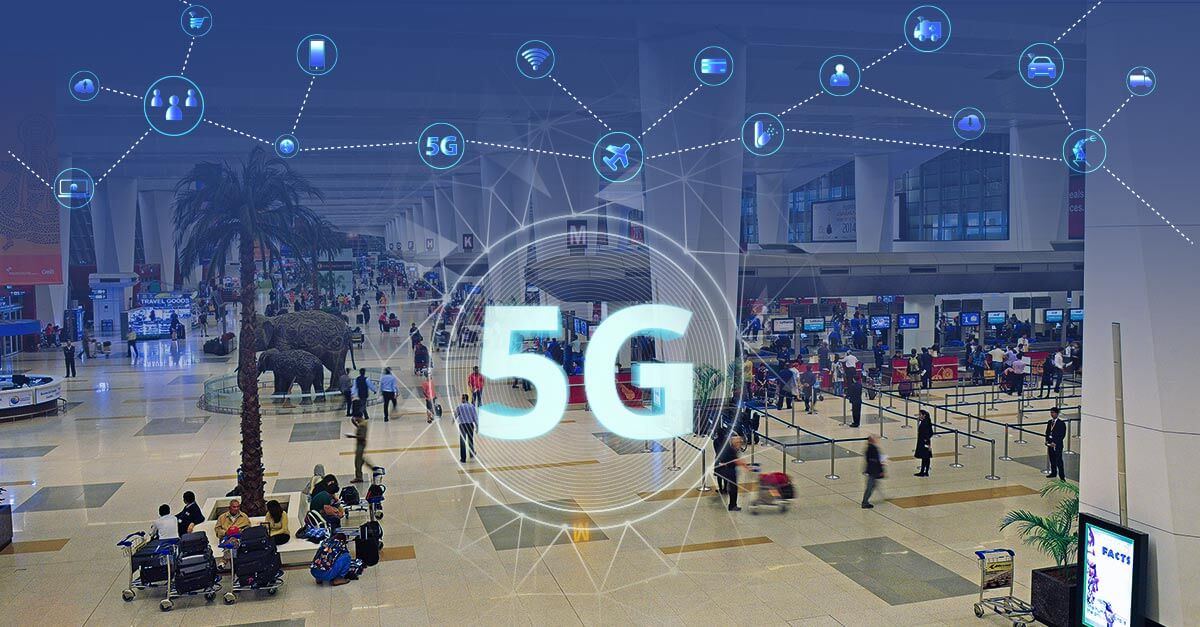 5G Service In India: Even though telecom companies have announced to start 5G network services across the country. Additionally, it has already begun in several locations. If you’ve already started using a 5G network, you should read this information. All telecom firms have received directives from the Central Government’s Department of Telecommunications not to offer 5G service up to two kilometers on either side of the runway of the airport. After this, no telecom company will be able to provide a 5G service facility up to 910 meters from the runway.

Will not be able to enjoy 5G in aircraft

Media reports state that due to the Central Government’s decision, you will no longer be able to use 5G service while traveling on an airplane. It is well known that the majority of airports in the nation are quite small, making it quite challenging for these businesses to offer 5G service.

This is the big reason

That Bharti Airtel has announced its 5G service at 5 airports in the country, after which the altimeter of the planes seems to be affected by the 5G signal. The Department of Telecom has requested that the DGCA hurry up and replace the plane’s altimeter. These services won’t be offered prior to that time.

In a letter sent to Reliance Jio, Bharti Airtel, and Vodafone Idea, the telecom has said that beyond this 2.1 km limit, 5G base stations can be set up in an area of ​​540 meters, but the power emission will be 58 dBm/min. Must be limited to MHz. The letter states that these safeguards must be implemented right now by telecom service providers and will be in effect until the DGCA replaces all aircraft radio altimeter filters.

In order to replace the altimeter

Currently, there will be no 5G services in the areas around airports. You can understand this in such a way that there will be no 5G in areas like Vasant Kunj and Dwarka in the capital Delhi. Telecom firms have been asked to scale down 5G base stations to the extent that 5G emissions do not interfere with radio altimeters. Regarding changing the altimeter, the department said that DGCA will do it on time. As soon as this work is finished, DGCA is asked to let telecom know so that the limitations can be lifted.

Read More: 6 OTT platforms for just Rs 30, you won’t find a cheaper plan than this

Mobile 5G, but no service? Samsung will release a 5G upgrade in November, followed by Apple in December. Find the answers to all your...

On October 1, Prime Minister Narendra Modi introduced the 5G service to the nation. Following this, Reliance Jio will offer this service in 4...
Read more