Beaten to death for not speaking sir, ragging with B.Tech student in JSS Engineering College, Noida 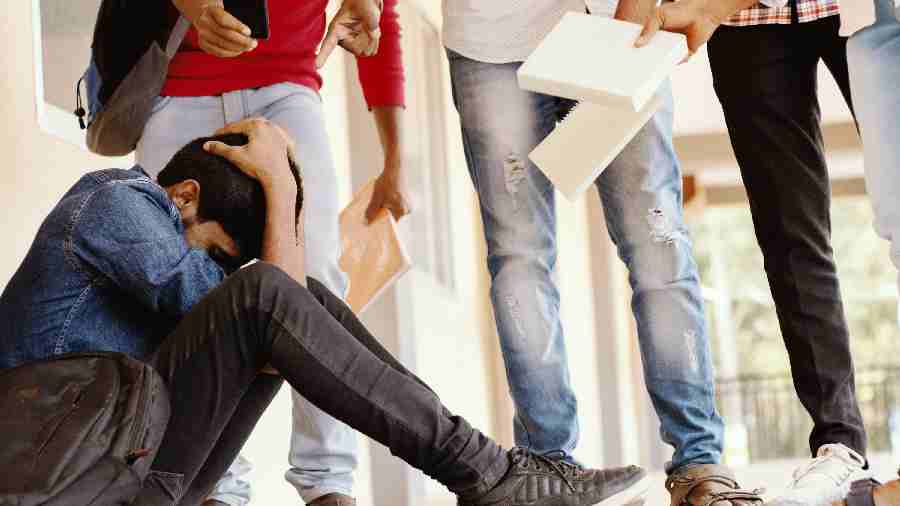 The student’s shoulder bone was broken in five places due to the beating. Police have registered a case against the four students under various sections including attempt to murder. The college management has suspended all four students.

A case of ragging by four B.Tech final year students with a B.Tech first-year student has come to light in JSS Engineering College, Noida Sector-62. Brother and senior students are not working. Due to this, his shoulder bone is broken in five places. Police have registered a case against the four students under various sections including attempt to murder. At the same time, the college management has started investigating the matter. suspended the four accused students and constituted a committee to investigate the matter.

In the complaint given to the police, Sajal Varshney, a resident of New Ashok Nagar Colony, Aligarh, said that he is a B.Tech first-year student at JSS Engineering College, Sector 62. Sajal lives in the hostel of the college itself. Sajal said that on the night of December 7, he Was studying in the hostel room, then got a call from his roommate Utkarsh’s senior. Senior asks Sajal to complete the assignment. Sajal refused this. Then the senior called Utkarsh to his room number 101. He called Sajal’s number from Utkarsh’s mobile and called her to his room. Sajal went to his room. Sajal told that four seniors were present in the room. It is alleged that all were intoxicated. Sajal tells them that he is doing his job. Because of this, he does not have time.

When brother spoke, he was beaten to death:

Sajal alleges that the senior asked him not to talk looking into his eyes and to keep his eyes downcast. On this, Sajal apologized by calling him, brother. Started abusing. One of the accused said that the registrar of the college was a friend of his father. After this Sajal came to his room. Meanwhile, Sajal complained about the matter to the security personnel. The accused called Sajal again in the night itself. ,

The victim student alleges that the accused thrashed her in front of the warden and an officer and also tried to strangulate her. The accused beat him to death. The victim says that the eyewitnesses of the incident were the warden, security personnel, and an officer. The victim student has been admitted to a private hospital. Based on the complaint, police have registered a case against BTech final year students Avigin Pathak, MM Ali, Vaibhav Raj Srivastava, and Samarth Kumar under sections including attempt to murder. ,

The spokesperson of JSS College said that the four accused students have been suspended by the college. The hostel has also been vacated from them. A committee has been formed to probe ragging and other allegations. Further action will be taken after the report comes.

ADCP (Noida) informed that four senior students along with a student indulged in ragging in JSS Engineering College. In protest, the four-beat the student badly. A case has been registered against the four accused students and a team has been formed to arrest them.

Read More: Cheating with a girl buying laptop from Instagram

Share
Facebook
Twitter
Pinterest
WhatsApp
Linkedin
Telegram
Previous articleHow many SIM cards are being operated with your Aadhar card? Find out in 1 minute with this easy trick
Next articlewearing a transparent bikini, this actress of Ranbir Kapoor is creating panic in hearts