If this work is not done till March 31, then the PAN card will become junk! 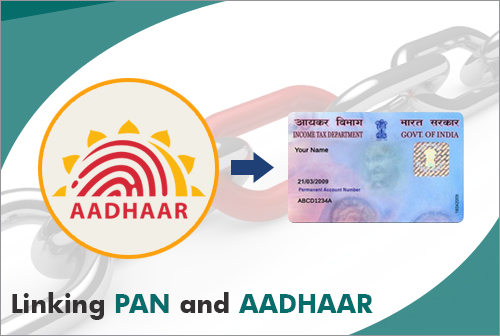 The Income Tax Department has issued a warning regarding Permanent Account Number (PAN). According to the warning issued by the IT department, it has been made mandatory to link PAN number with Aadhaar by March 31, 2023. Failure to do so will render the PAN invalid and all transactions done with its help barred. Because of this, the 10-digit PAN could not be used. However, those who have already linked their PAN with Aadhaar will not face any problems.

In the warning issued by the Income Tax Department, it is clearly written that it is mandatory to link PAN with your Aadhaar by March 31, 2023, so do not delay in this work, otherwise, your PAN number will be of no use. According to the Income Tax Act, this linking is necessary for 10-digit unique alphanumeric number holders.

How much will it cost

Join? The last date for linking PAN with Aadhaar was extended from 31st March 2022 to 31st March 2023 by the Central Board of Direct Taxes (CBDT). However, 1000 rupees will have to be paid for this linking process. According to the advisory of the IT department, if people do not link PAN-Aadhaar by March 31, 2023, then their PAN will become inactive.

Why is it important to link PAN with Aadhaar?

The central government has made it mandatory to link PAN and Aadhaar number under the existing rules. Linking is a process for legal requirements, this process also benefits the government and taxpayers.

Linking PAN with Aadhaar helps in identifying people with multiple PAN cards.
If PAN is linked to Aadhaar, it will ease income tax return processing and verification.

Method to link PAN with Aadhaar

First open the income tax e-portal (incometaxindiaefiling.gov.in).
After this log in with the help of the user id, password, and date of birth.
Go to the menu bar of profile settings and click on the option of Link Aadhaar.

Here you have already been given information about your date of birth, and gender as per PAN.

Verify PAN details with the help of Aadhaar details on the screen.
After matching the details, enter your Aadhaar number and click on the Link Now button.
You will get a pop-up message stating that your PAN number has been linked to your Aadhaar.

Read More: PAN Card: Get this work done within four months, otherwise the PAN card will be closed!

Share
Facebook
Twitter
Pinterest
WhatsApp
Linkedin
Telegram
Previous article12 thousand phone bought from Flipkart, now the company will pay a fine of 42 thousand due to late delivery
Next articleMahindra Thar: Without these features, there will be no fun in the new Thar!

EPFO Alert: EPFO’s warning for crores of jobbers, those who ignore them will be hit hard

EPFO Alert: If you are also employed, EPFO has issued a warning for you. You don't need need to be employed by the government...
Read more

Aadhaar: What is Aadhaar Enabled Payment System, know all the information from benefits to

Faced with backlash over a warning issued by the Unique Identification Authority of India (UIDAI) asking people to avoid sharing photocopies of Aadhaar cards...
Read more