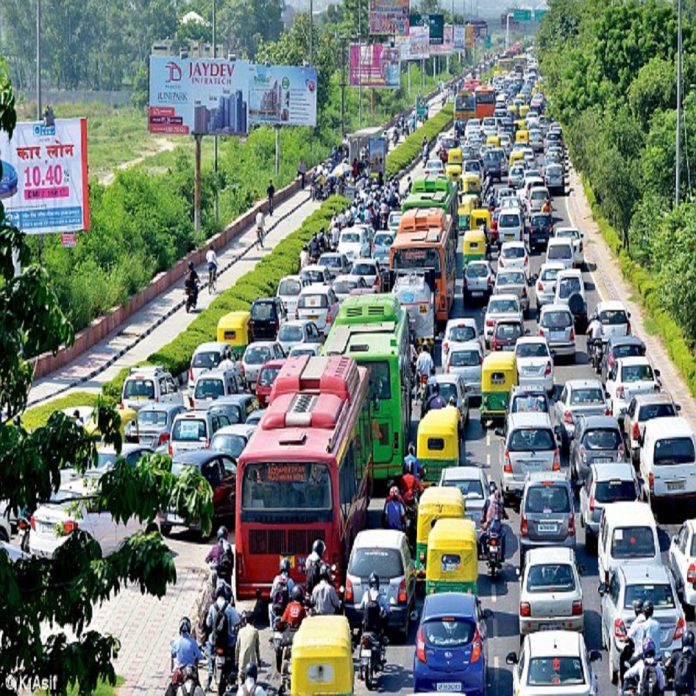 Security has been tightened with the deployment of extra police personnel and the strengthening of barriers because of the ongoing farmers’ protest at Delhi borders, leading to traffic jams on many key roads in the city.

Taking to Twitter, the Additional CP Traffic, Outer Range, Delhi informed commuters about the closing of borders and advised alternative roads for travel in the national capital.

3) Traffic is heavy and diverted from NH44.

6) Traffic is affected on Aurobindo Marg due to continuing repair work of subway by PWD.

Workers under the surveillance of police personnel were recently seen hooking iron rods between two rows of cement barriers on a side of the main highway at the Singhu border to further restrict the movement of farmers protesting against the government’s new farm laws at the location.

Another division of the highway at the Delhi-Haryana border is almost blocked now as a makeshift cement wall has come up there.

Security has also been tightened up at the Delhi-Ghazipur border, where protesting farmers are also camping for over two months.

Security arrangements proceed to be strengthened at the Delhi-UP border site, which is galvanizing farmers from Rajasthan, Uttar Pradesh, and Uttarakhand, days after a heartfelt appeal by Bharatiya Kisan Union leader Rakesh Tikait.

Drones have also been used to monitor the protesters.

Farmers from Punjab, Haryana, and Uttar Pradesh have been camping at Delhi’s borders for weeks, seeking a repeal of the three agriculture laws.

They claim that the new laws will reduce the minimum support price (MSP) system. But the Centre says the laws will only give farmers more options to sell their product.

On Pollution, Nitin Gadkari: Gadkari’s unique strategy to lower traffic and pollution will surprise you.

News from Nitin Gadkari In an effort to lessen traffic and pollution, Union Minister Nitin Gadkari has made yet another significant declaration. He said...
Read more